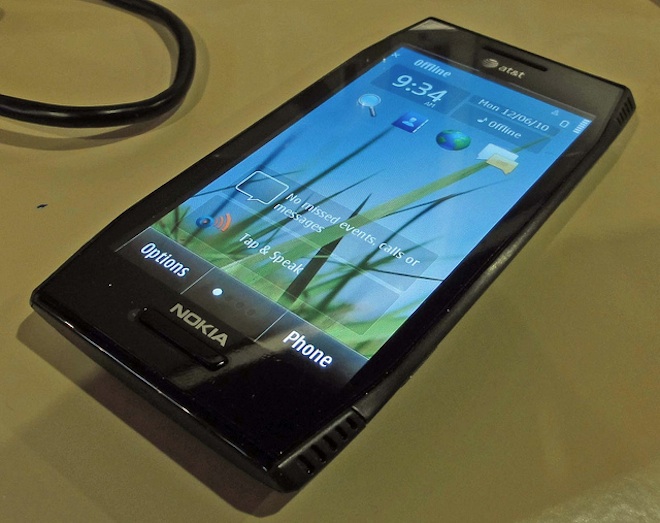 Late last month we brought you some photos and a short video of an unannounced Nokia handset dubbed the X7. Today, courtesy of Eldar Murtazin, the infamous Russian journalist who writes for Mobile Review and seems to have unlimited access to prototypes, we’ve got a few more photos of the X7, but this time the unit sports an all black color scheme and AT&T branding. Could this be one of the first Nokia handsets since the E71x and Surge to come to America’s second largest operator? 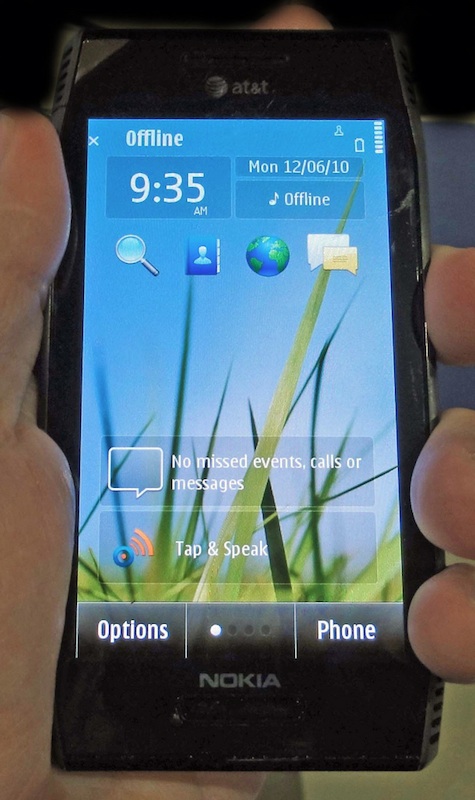 We don’t know much about the X7 except that it runs Nokia’s latest Symbian^3 operating system, has four speakers, one on each corner, that said speakers are reportedly “very loud”, and we also now know that the codename: “Sushi”. It’s also supposed to have a 4 inch screen, sadly with the same 640 x 360 pixel resolution that all Symbian based Nokia touchscreen devices have, meaning fonts and images are going to look grainy compared to the iPhone 4 and various Android devices on the market.

That being said, this device could potentially be a hit with the younger crowd who spend all day trying to find ways to annoy their parents and older people in general. If these speakers are as loud as people claim they are, then expect to hear the latest Rihanna album or hit Justin Bieber single come blasting out of the pockets of our youth at a mall near you.

What say you? Are you one of these folks who needs to listen to music on your mobile phone at uncomfortably high levels with complete disregard for the feelings of others around you? Or could you care less since you’re one of the zombies that roam the Earth with a pair of white headphones constantly stuck inside your head, totally ignoring the sounds of the city?