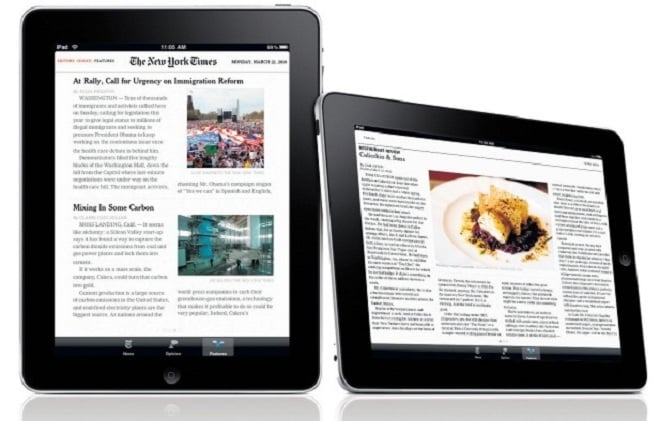 A new report suggests that news-reading on the Apple iPad is helping to kill the print media. It’s not that surprising, as many of us notice this everyday, but the report adds some credibility to our assumptions.

The survey is strictly about Apple iPad users and one of the interesting tidbits is:

The vast majority of those who read at least an hour’s worth of news on their iPads each day — more than nine out of 10 — said they are either very likely (71.8%) or somewhat likely (21.2%) to use a newspaper’s app for reading news and feature stories as opposed to using a Web browser to navigate the newspaper’s website. The trend is similar even among lighter iPad news users, suggesting that users who consume news on the iPad tend to prefer to do so using an app.

The survey also found that there is “statistically significant” positive correlation between iPad news reading and the likelihood of canceling a print subscription, as more than half of those surveyed who read news on the tablet for more than an hour a day said they would likely cancel their print subscription within the next six months.

The study doesn’t foretell the end of news media, just the end of physical printed media. There’s still a strong audience for news – probably larger than before actually – but the delivery mechanism has to change. While this is tough for established companies with lots of overhead tied into physical media, they have to adapt or die.

News Corp. is readying its iPad-only newspaper, which will likely be called “The Daily.” The company has reportedly hired 100 journalists to create fresh, daily content for this digital newspaper and it is supposed to cost 99 cents a week to subscribe.

Many publishers are waiting for a subscription method for tablets and mobile devices which will enable them to get demographic data, as well as sell to consumers at a palatable cost. We’re expecting this to drop in iOS 4.3.