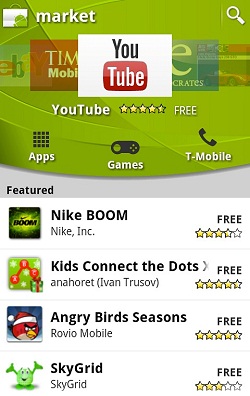 We know that Google just redesigned the Android Market but we wanted to to zero in on the change in the return policy. It used to be that you could kick the tires on an app for 24 hours and still return it but that return window will be cut down to 15 minutes. What do you think about this?

On its blog, Google detailed the rationale for this decision:

Since most users who request a refund do so within minutes of purchase, we will reduce the refund window on Market to 15 minutes. This change will be largely transparent to buyers, but will help developers manage their businesses more effectively.

This is obviously a ploy to make Android more attractive to developers, as I’ve heard from some frustrated game makers who claim to be hit with lots of free-riders: users download the game, play it for hours and then return it before the 24-hour return window is over.

This is just the latest move Google has implemented to make Android a more attractive platform for developers, as it also implemented a license server to deter piracy. This method of authentication can still be cracked with a few lines of code.

While I feel for some of these developers, I don’t think that usage case is the norm and I would have liked the return window to include at least a few hours. Sure, 15 minutes is still more time than you get with the Apple App Store but it’s really not enough time to accurately judge the app.

I know I’ve downloaded some apps which opened up well and were fantastic the first time I launched it but it was a whole different tune a few hours later. This is part of the gamble you take with any software, I suppose, but having that day return window gave me peace of mind to try out new software.

Maybe this will force devs to make sure their apps work well out of the gates. Or maybe it will make consumers more anxious to try new apps. What do you think, friends?

Android's about to get a bit more secure for enterprise users thanks to the upcoming RSA SecurID application, a two-factor...