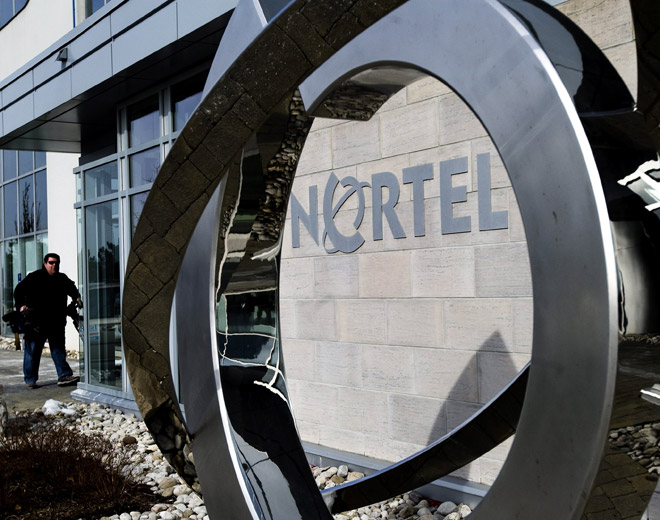 Nortel, once upon a time a telecommunications giant, but due to an unfortunate series of events was split up and is now seeing their formerly vast empire being sold off chunk by chunk, has around 4,000 patents that are estimated to be worth over $1 billion. Earlier this year we saw Nokia Siemens Networks successfully purchase Nortel’s wireless unit, and now a battle over who gets Nortel’s patents is being waged. Two unlikely companies that are bidding for the prized intellectual property are Apple and Google according to Reuters. Both are newcomers to the wireless arena, but now with iOS and Android becoming a major part of their business, both firms are looking to secure their future and avoid future patent litigation from the telecom dinosaurs who’ve been in the game for far longer.

Nortel owns 7 of the 150 families of patents that are critical to implement LTE. Nokia owns 57 families and Ericsson has 14, so for Apple or Google to secure these patents would make them a player in the never ending patent brawls that the mobile industry hears year after year. That’s all patents are really good for these days anyway. Companies spend vast sums of money to secure a stockpile that they use in case someone brings them to court. Patents are also useful if you’d like to bargain with a competing firm who has a technology you want. You hear the phrase “cross licensing” a lot, and that’s lawyer talk for “don’t charge me for using X, and I’m not going to charge you for using Y”.

Sickening? You bet, but that’s the way things work around here, and it doesn’t look like it’s going to change anytime soon, especially when you think about how much money needs to be spent to actually research building next generation wireless equipment.

If a white iPhone 4 is something you REALLY wanted to see under your Christmas tree, well, you're out of...