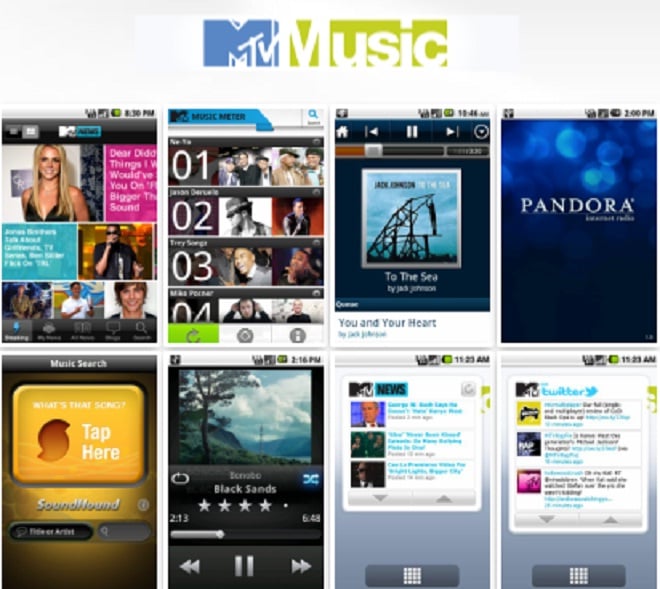 Remember Sprint ID? This was a highly-customizable pack of apps for Sprint devices which enables users to quickly change out the feel of the software. There was a big splash at CTIA a few months ago but we haven’t heard much about it until now, as MTV has just introduced its own music-centric ID pack.

The MTV ID pack will work on the Samsung Transform, Sanyo Zio and LG Optimus S and it includes a host of well-known music apps and branded programs. Downloading this app pack will give you MTV Twitter, Photos, News, Headlines widget, and the MTV Music meter.

You’ll also get plenty of ways to discover and play new music, as this ID pack also includes Rhapsody, Pandora, SoundHound and the doubleTwist media player.

Our review liked Sprint ID but I’m still not sold on the concept yet. First of all, downloading and installing all these programs, backgrounds and wallpapers takes a long time. I’ve also found devices seem to be sluggish once you switch between IDs and I’m unsure if that’s because you still retain a lot of old apps that you’re not using.

Still, this move by MTV is a good sign that this may be gaining traction among content providers, which should mean we could see some more cool app packs in the future. Additionally, I’m a big fan of Soundhound and Pandora, so it’s nice that these are included.

Paramount will be bringing some of its popular movies to Windows Phone 7 as enhanced apps and the move could...