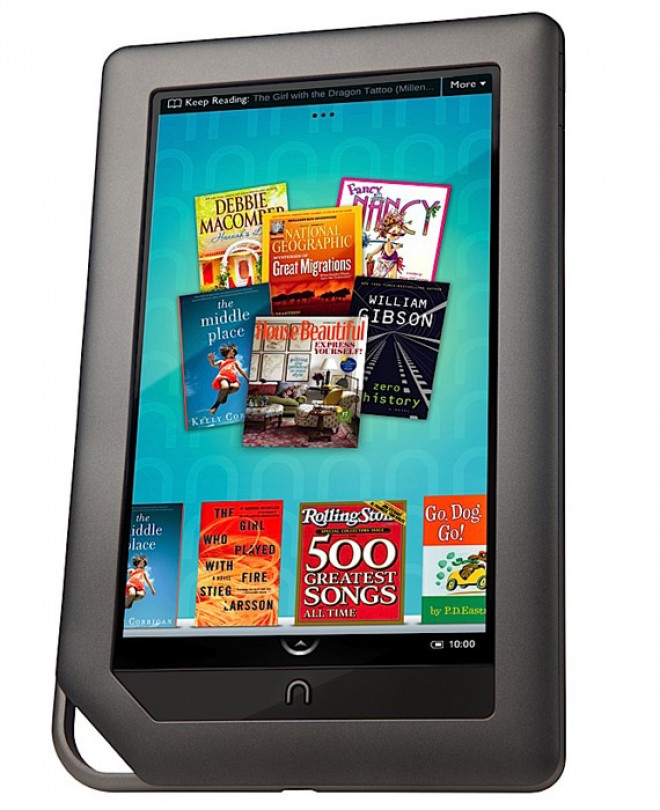 NOOKcolor users who have been a little apprehensive when it comes to hacking the crap out of their device may have made a prudent decision, as we’re now hearing that Froyo and the Android Market may officially debut on the NOOKcolor sometime in January.

If January is just too far away for you, then you can definitely have your way with various hacks that will endow your NOOKcolor with Android 2.2 Froyo as well as the Android Market. That said, I’d much rather wait and have an official update do most of the heavy lifting for me, especially if the tablet/e-Reader can be rooted later on. With talk of an official update to Froyo (with Android Market in tow), the two biggest accomplishments (hacks) that came from the great Nook Devs have been given a nice smack in the face. But, at the same time, users who wouldn’t hack their devices in the first place will be able to enjoy the fruits that only the hardest-core of geeks once shared.

The NOOKcolor update will also bring the standard Android homescreens, pinch to zoom in the web browser, and all the battery improvements and snappy speed enhancements that we see in Android 2.2 Froyo. This update is sure to make the e-book reader much more attractive to some, especially for the $250 price tag.

While we’ll patiently be awaiting the update to debut in January, I wouldn’t be terribly surprised if the update ended up being a bit delayed. That said, the dev team behind the update may have been hard at work for a long time, so hopefully the January time frame holds true. While many should just be happy with the upcoming Froyo update, I can’t help but wonder if the device will receive Gingerbread sometime in the future. We can hope, can’t we?

With this update on the way in the very near future, we’re wondering if NOOKcolor sales will receive a boost or not. With Froyo and the Android Market on board, the NOOKcolor would easily be one of the most affordable (worth-while) Android tablets available. Would you be interested in purchasing a NOOKcolor for its Android innards instead of it being an e-book reader?

[UPDATE] We’ve just received word that most of what we thought was wrong.

“we have plans to update to a newer version of Android sometime next year, but there are no plans to bring Android market. we are still dedicated to developers and will be rolling out apps in the near future.”

So no the Android Market will not be included in the upcoming update, and said update will not happen in January. There’s currently no official timeline for the roll out, and we can expect it “sometime next year”. Sorry to get your hopes up, folks.

It looks like there really is no news at all since we did know that Barnes and Noble would be updating the Android version later on.

CNBC has just launched a BlackBerry app for you financial types to monitor worldwide stocks, bonds, ETFs, mutual funds and...