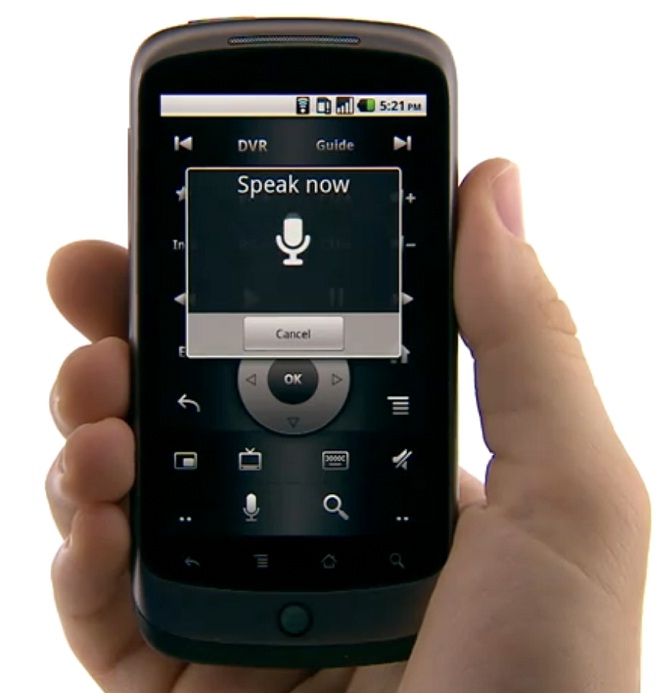 Google TV has just received an update and makes your Android phone a much better remote control.

We already know that you can use a free Android app to control Google TV or use the Logitech Revue app, but the new app makes the remote control even better. According to Google’s blog:

Starting today you can download the Google TV Remote app in Android Market. Apart from the standard TV remote options like changing channels or accessing your DVR, you can now interact with your TV in ways you never have before. For instance, try using the integrated voice search which allows you to find your favorite shows and movies just by speaking into your phone. Or, go from small screen to big screen by sharing videos and websites directly from your phone to your TV. We’ve included a short preview of these features below.

Along with the new voice-controlled Android remote control app, the update also boosts the Netflix app. You can now search, browse and watch any movie or show in that catalog and you can even add DVDs to be mailed to your house directly from Google TV.

The software update also adds a dual view which can make it easier to surf the web while watching TV. You could already do this before but the latest update lets you resize the windows to whatever you feel is best.

This is nice update but we’re all still waiting for Google TV to get the Android Market because that could really unlock the potential. As it is right now, Google TV just seems to be a geeky way to watch niche online videos on your TV. I don’t see this being a big success until content providers ease off its restrictions and until we can get some nice Android apps on our big screens.

Check out the video of the new Android remote app.

Google and some students from the University of California sent a batch of Samsung Nexus S smartphones up to around...