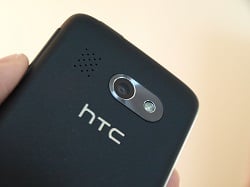 When HTC announced it would produce Windows Phone 7 phones, we were curious as to how it would bring Sense to this platform which doesn’t allow much customization. The HTC hub has just received an update which should make it much more useful for users.

In my review of the HTC Surround, I said the HTC hub on Windows Phone 7 was visually pleasing but not that interesting because you had to dive into the app (and its transition animations) before you can get any information. The whole point of Windows Phone 7 is to get ambient information on the go, so the HTC hub seemed like a good first attempt that just fell short.

Well, now the HTC hub will be a live tile, as you can get the weather for your current location, as well as the weather outlook for a few other locations. This is similar to how the Sense UI displays weather on devices like the EVO 4G.

It’s a good move by the handset maker and let’s hope it can continue to make its Windows Phone 7 products better.

HTC Promises LTE Handsets in the U.S. in Second Half of 2011

HTC's head honcho Peter Chou said in an interview yesterday that they're expecting to launch LTE-capable handsets in the U.S....