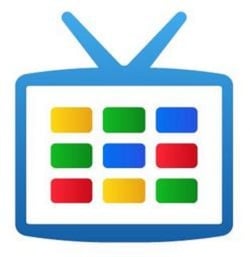 Oh, Google TV was so full of promise but its commercial release has been met with a collective “meh” from consumers and the press and now reports suggest that the search giant is telling partners not to show off new Google TV products at the major CES trade show in order for it to revamp the software.

As you know, Google TV is based on Android 2.1 and it meant to bring the power of the web to your television (while also bringing the company’s search and advertising to your big screen). The promise was great, as you could potentially combine the best of cable, over-the-air and Internet programming on your big-screen television but the end product definitely felt like a beta product. It also didn’t help that major content providers would block Google TV from streaming videos, so there was no Hulu, CBS, NBC or even workarounds.

That’s why the report suggests that the company is telling manufacturers to hold off on touting new Google TV products at next month’s show. Google wants to refine its software and potentially add the Android Market first and this could give the struggling software a boost.

Right now, only Sony and Logitech have products with this software in the market and CES is a major event for other manufacturers to build buzz for upcoming products. I guess it’s better to wait for the software to mature and be presentable but this has to put a lot of hurdles in manufacturers’ roadmaps.

Some have made the comparison between the launch of Android itself in the mobile phone market with Google TV, as the T-Mobile G1 – no matter how fondly you remember it, it wasn’t a great phone or software. It matured over time and is now, arguably, the best smartphone platform out there.

Of course, one of the main reasons that happened is because Google aligned with Verizon for the Droid lineup. Will the search giant give up its over-the-top approach and actually partner with content providers? We’ll have to see.

What would you like to see on the Google TV?

It has been a wild ride in the mobile world this year, as the pace of innovation has been going...