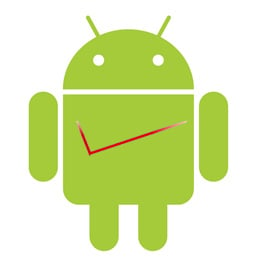 You might want to hold off on getting a new smartphone this holiday season because Verizon will be introducing an Android phone with 4G LTE in January at the Consumer Electronics Show.

“Jan. 6 at #CES: #Android and #LTE – could it be like peanut butter and chocolate? YUM!,” Verizon tweeted from its official account.

Verizon just launched its 4G LTE service in early December for laptops and this provides about 6-10 Mbps with burst speeds of over 12 Mbps. The company promised it would be showing a half a dozen smartphones and tablets at the CES show, so we’re in store for some devices which will take mobile broadband to the next level.

Verizon CEO Ivan Seidenberg will be doing the keynote speech at CES and I’m guessing the 4G LTE network will be a big part of his presentation.

So, what will some of the Verizon 4G Android phones be? We’ve seen some leaks of an LTE-capable HTC device that has been code-named “Mecha,” but this could also wind up being the Droid Incredible HD. Whatever device or devices debut, I’m sure that Big Red will want to keep the Droid brand going strong.

The nation’s largest mobile operator said it is still undecided about 4G LTE smartphone pricing. Will it keep the unlimited option that it still has with its tiered 3G or will it finally move to the limited “buckets of data” for multiple devices that we’ve heard rumblings about?

Sprint also offers 4G services for multiple smartphones and we’re expecting it to offer the HTC Speedy/EVO Slide at CES too. This company charges about $10 more per month for access to its WiMax services and it retains the unlimited data option.

What would you like to see from a Verizon Android 4G LTE phone? How much would you pay per month?

Tegra 2 could land in Galaxy Tab 2, be reference for Android Honeycomb

If 2010 seemed like the year of the 1 GHz Qualcomm Snapdragon processor, 2011 could very well be the year...