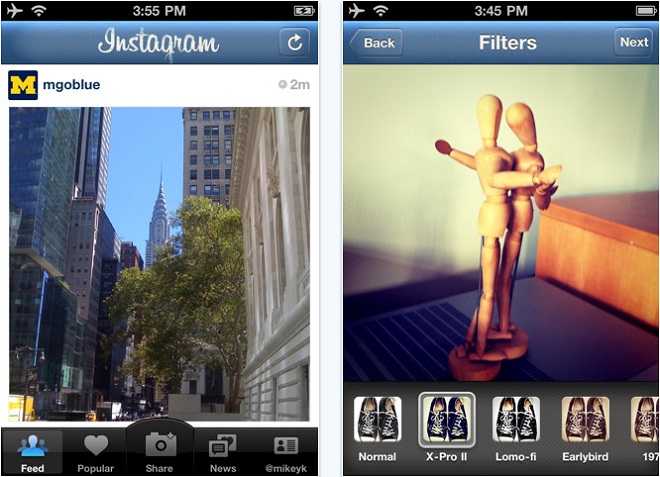 I get the feeling you’ve already heard a lot about the Instagram iPhone app, as the photo-sharing service has been quite popular with the Apple crowd. How popular? Well, the company just announced that it has surpassed one million registered users.

That’s a pretty impressive achievement for the Instagram iPhone app when you consider it’s only been live in the App Store for a little more than two months. To put that in perspective, it took hipster darling Foursquare more than a year to pass the 1 million mark.

I remember hearing about this app towards the beginning of the year when it was called Burbn. At the time, I paid little attention to it because it was little more than a Foursquare clone mixed in with some of Yelp. The company quickly pivoted to be a photo-sharing service and that was the smartest decision it could ever make.

The Instagram iPhone app lets you share photos with a variety of filters on the shots. There’s no real web component beyond viewing pictures but it’s tapping into something people care about – I believe photo sharing is the foundation of any great social network.

On its blog, the company said it will not rest on its laurels.

We believe it’s the beginning of something bigger. When we started working on Instagram, we tried to imagine what the world would be like if everyone could contribute media to an open, transparent, and international community. For a startup with 80 users at the time, this was a big hairy audacious goal. Little did we know that within a few short weeks we’d see more images from all over the world than we could have ever imagined. It was both rewarding and humbling to see people embrace Instagram as both a new home on their iPhone – and a new way of communicating visually with people around the world. We believe this is only the beginning. With 6.7 billion people in the world, we’re a tiny fraction of the way there, but we’re extremely happy with the progress.

Remember Faceplant, that FaceTime buddy list app we covered in July? Although it sounded great, it was never approved by...