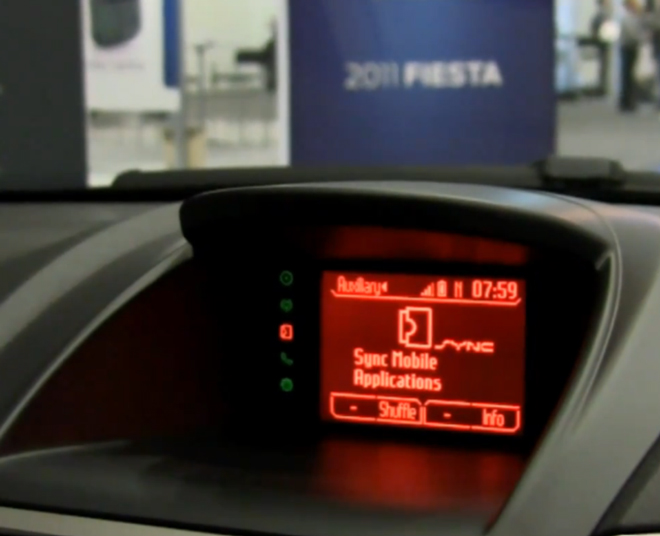 Awhile back we had covered a developer initiative that Ford was spearheading for their Sync system which would allow drivers to control smartphone apps using in-car controls and voice. Today, that AppLink software went live for Ford Fiesta owners, including with it previously-unannounced iPhone support. Three apps are leading the charge here: Pandora, Stitcher, and OpenBeak, all with varied availability dates. Using AppLink you could, say, start playing a specific Pandora station, or send a tweet by hitting the voice control button and saying “Play Bananarama Radio” or “Tweet I’m driving while tweeting. Look out southbound drivers on the 417.” Here’s a video of it all in action from the last CES showing the whole thing off. (Update: Turns out you can’t tweet while you drive, you just get incoming tweets read out loud to you.)

Sync involves a lot more than smartphone apps, though – you can also enable a local Wi-Fi hotspot, have text messages read aloud to you, beam in directions from Google Maps, and lots more.

Many car manufacturers are trying to get mobile friendly, like BMW with ConnectedDrive, and Chevrolet with Volt, but so far I’m finding Ford to be the most polished and developer-friendly of the lot.

If you’ve got a Ford Fiesta, head over to syncmyride.com to get the software update.