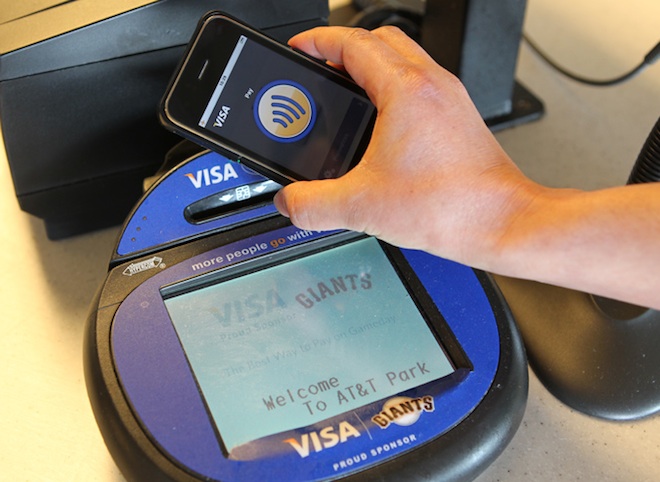 Near Field Communication (NFC) technology is something we’ve been talking for years, jealously citing examples in Japan where they use their handset for everything from paying for drinks from a soda machine, to getting on the subway, and a whole lot more. According to research firm iSuppli, the number of NFC enabled handsets that shipped this year totaled 52.6 million units. That’s hard to believe since we’ve yet to see a single device, barring the recently launched Google Nexus S, support the new technology. Anyway, that number is set to increase by 418% to 220.1 million units in 2014, meaning that 13% of all handsets sold during that year will have NFC inside.

“Imagine paying your bus fare, buying a plane ticket or making an ATM/credit card purchase simply by holding your cell phone near a wireless terminal,” said Jagdish Rebello, Director and Principal Analyst for Communications and Consumer Electronics at iSuppli. “This is the mobile payment revolution on the verge of being unleashed by NFC technology. With NFC technology expected to be integrated into Nokia’s cell phones and Google’s Android operating system, the first shots of this revolution will be fired next year. iSuppli believes that 2012 will be the make-or-break year for NFC. With all the ongoing and planned NFC trials in different regions of the world—as well as support for the technology by major stakeholders, including wireless operators, financial institutions and banks—it is imperative that business models be established that allow each of the nodes to see value in offering the service.”

Three of the top four American operators joined forces earlier this year to announce Isis, their NFC mobile payment effort. Orange France made a similar announcement earlier this month. iSuppli isn’t kidding when they say 2012 will either make or break NFC, and the pessimist in me thinks we’re going to hear a lot of hype, but we’re going to see very little materialize.