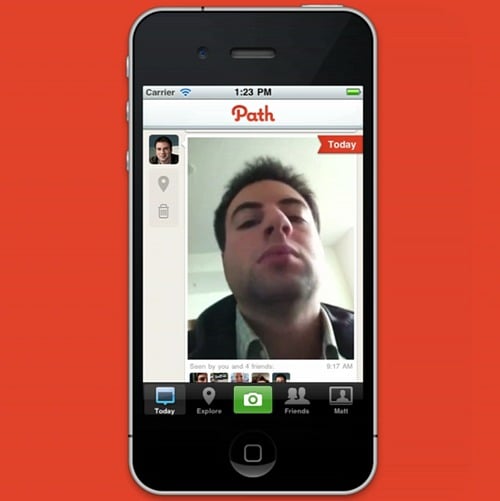 Path has been one slick photo-sharing app so far. It allows you to snap photos with your iPhone and share them with your closest friends rather than broadcasting to the entire planet. Its interface is clean and simple to use, and the app itself is fast and isn’t much of a battery hog. Now the app has been updated with the ability to share videos, too, but will the new feature really take off?

First of all, I rarely use Path. I’m sharing photos with about five or six people on the app, and they’re not photos I’d particularly want to keep from Twitter or Facebook. Basically, when it comes down to sharing pictures, there isn’t much of a distinction between ones that I want to share with the world, or photos that I’d prefer to keep to a select few. As a result, I typically opt for Instagram over Path since it lets me control which networks I want to share my pictures with – if at all.

Now that Path has added the ability to share videos, things might be a little different – except it’s limited to 10 seconds. Again, it’s probably not a feature I’d ever find myself using. Path says that sometimes a photo isn’t enough to properly capture a moment, but will a 10-second video do?

Just like the pictures, you’ll be able to tag friends in videos or the things and places in the videos. And like photo uploads, the videos have to be shot from your iPhone to keep true to the idea behind Path.

If you’re into the idea of sharing pictures and videos from your iPhone with friends and family, but you’re uncomfortable with the idea of putting images and videos on Facebook or Twitter in order for them to see, Path is available to you for free in the iTunes App Store.

In the meantime, check out the video below to take a quick peek at the new features in the app.

Steve Jobs named Person of the Year by Financial Times

Thanks in part to the success of the iPhone 4 and the iPad, Apple CEO Steve Jobs was named the...