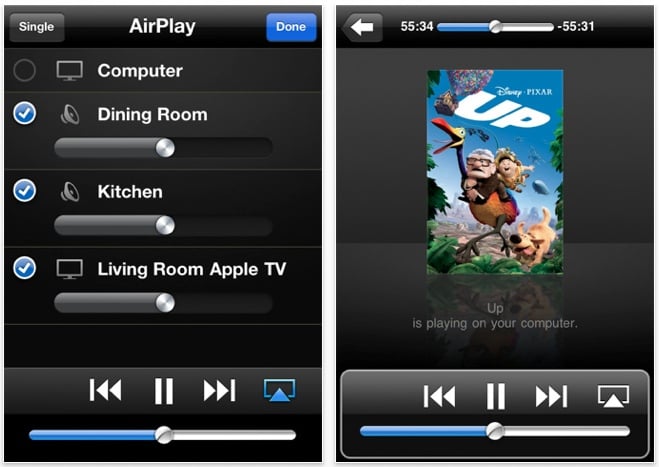 Apple recently updated its Remote App to include AirPlay support, playback control of rented content and more. The Remote app lets you control iTunes or an Apple TV using your iPhone, iPad or iPod touch. For Apple TV users, the app lets you use a touch-based keyboard to enter text which is so much easier than the on-screen alphabetical keyboard of the Apple TV. The Remote app also lets you control the playback (rewind, fast forward, and shuffle) of tracks within iTunes. Playlist support is also built-in, so you can can edit and create both regular and Genius playlists using your iOS device.

The latest version of the app brings several changes, including the ability to launch AirPlay from within iTunes on your Mac and send the media content to your Apple TV. Other notable features include:

Overall, the Remote app is an excellent tool for heavy iTunes users, especially those that enjoy listening to tunes via a computer across the room. It is also a must-have for Apple TV users. Not only does it make entering text on your Apple TV drop dead easy, it also serves as backup for when you lose that slim aluminum remote. The app is available for free from the iTunes App Store.

Burn the Rope looks awesome, has nothing to do with Cut the Rope

Before you go "ok, here's one more company exploiting the popularity of the existing iPhone game" let me assure you...