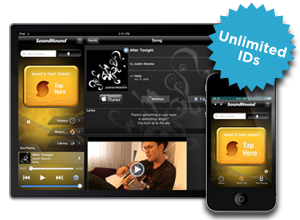 As part of what seems as the “out-Shazam Shazam” strategy, SoundHound announced free unlimited music recognition of its music search and discovery application. Until now, users of the free version of SoundHound have been limited to five music IDs per month.

As far as I’ve understood, the new unlimited free offering is for the iOS and Android platforms only and is not available for Symbian (at least the press release doesn’t mention other platforms).

Finally, SoundHound also used the opportunity to share some of its achievements in the past year:

We're in the holiday season and you may be thinking what to buy to your men friends, colleagues and/or relatives....