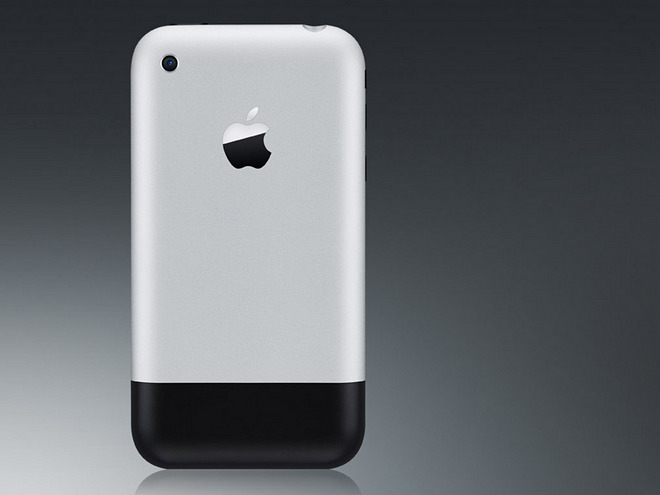 The world was in disbelief when Apple took the plunge into the mobile phone market in 2007. That year during WWDC, Steve Jobs unveiled the iPhone, a wondrous little device that made phone calls, surfed the Internet and replaced the iPod – all in one. The initial reaction from competitors, or soon-to-be competitors since Apple wasn’t really in the game yet, was either shock or laughter. RIM didn’t think it was possible to have such a device without it being a power hog. Microsoft’s Steve Ballmer laughed at it for not having a physical keyboard.

Of course, I don’t have to explain the iPhone’s success over the years, but it is worth looking at the initial reaction by the big players in the mobile industry–namely RIM.

Before the iPhone was unveiled and released, BlackBerry was my favorite smartphone – probably right up there with Nokia. It was even one of my favorites up until the Bold 9000. Unfortunately, after a series of Curves and Bolds and everything in between, it was clear that BlackBerry was growing stale and that RIM was falling well behind its competition.

According to a former employee, RIM’s initial reaction to the iPhone was panic and disbelief. First, it seemed like an impossible device. How was Apple able to power a device that was basically a giant screen with a small battery? Certainly Steve Jobs was lying or misleading the general public.

But it wasn’t just RIM that carried this attitude – Motorola, Nokia and Microsoft felt the same as well. “Imagine their surprise [at RIM] when they disassembled an iPhone for the first time and found that the phone was battery with a tiny logic board strapped to it,” according to Shacknews poster Kentor.

It’s also said that the BlackBerry Storm, RIM’s sad answer to the iPhone, didn’t begin development until after the iPhone was launched. The Storm was released in November 2008 to much fanfare, but even bigger disappointment. Die-hard RIM fans were looking for an alternative to the Jesus-phone and Lazaridis and friends failed to deliver.

It was a hard lesson learned for RIM and everyone else in the industry when they found themselves asking questions like, “How is this possible? It can’t be. There’s no way. How did Apple do this, and that?” The limitations of their thinking was evident in the limitations of their devices. Hell, even the general public couldn’t have dreamed up a phone so amazing. Remember all the artist renders prior to the official announcement? Yuck.

Since then, the physical QWERTY keyboard has taken a back seat to the large, glass touchscreen–whether the keyboard is gone entirely or hiding behind the screen, waiting to slide out. Manufacturers have taken cues from Apple in developing hardware and software. Ultimately, the industry spent a few years playing catch-up, and only Google is really a formidable competitor to Apple at this point.

The Apple iPhone 4 has been a big hit in Japan but it's lacking some key features that those users...