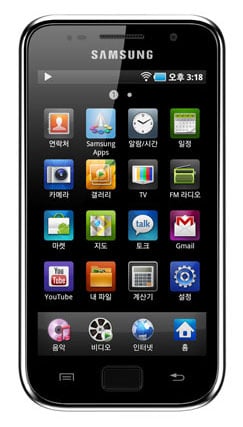 Samsung has had success with its Galaxy S series of smartphones and its popular tablet, selling millions of each device during 2010. Now, the manufacturer is going to try its hand at the digital media player market with the future launch of the Samsung Galaxy Player (YP-GB1). Samsung confirmed today that it will be introducing is digital media player at CES 2011 which will take place in Las Vegas in early January.

The Galaxy Player is, basically, a Galaxy S handset minus the phone. The Samsung-branded media player will include the following specs:

The Korean company is not the only manufacturer offering Android-based portable media player. Archos, Cowon, and other manufacturers have attempted unsuccessfully to enter the media player market, an area that is dominated by the Apple iPod touch. The Samsung Player has a decent shot at grabbing sales, but most of those will come at the expense of the Microsoft Zune, not the iPod touch. The iPod has the corner on the market with its recognizable name and tight integration with iTunes, while the Zune comes in at a distant second.

Similar to other Android devices, the Galaxy Player will most likely offer Amazon mp3 integration which lets you buy and download music to your handset. Amazon is not as robust as iTunes when it comes to media content and syncing, but for many people it will be enough. Pricing and availability for the Galaxy player were not released, but hopefully these details will be unveiled at CES. Samsung is also expected to unveil the YP-G50 and theYP-GB70, two new entry-level Android-based mp3 players.

To get a taste of what is store for consumers with this upcoming media player, you can check out our hands-on review of the Verizon Fascinate, one of several variants of the S-series handset.

T-Mobile is going to be blowing up in 2011 with HSPA+ expansion - perhaps even double the current theoretical speeds...