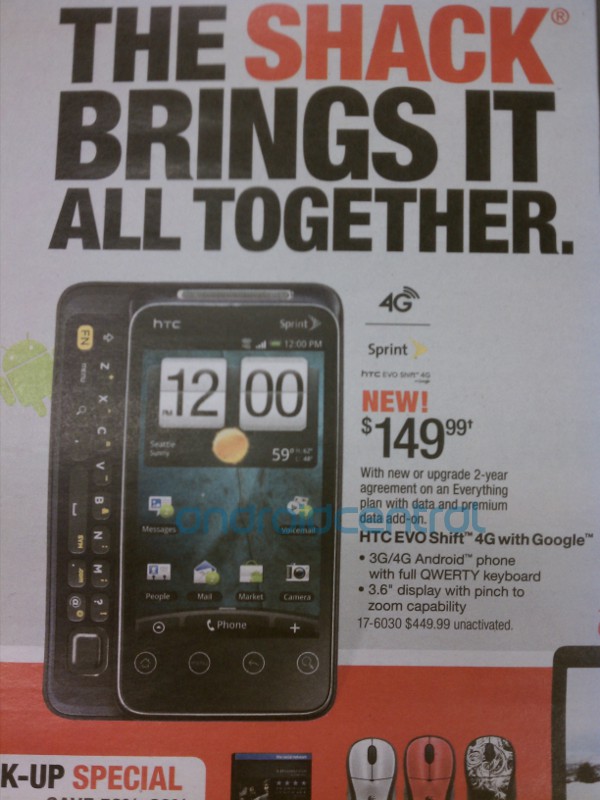 Those of you who have been waiting anxiously for a version of the HTC Evo with a slide-out keyboard won’t have to wait much longer; a Radio Shack flyer says it’ll be coming out January 9 for $149.99 on a two-year contract. That price lines up with what we’ve seen over at Best Buy. You might better know this handset from the codenames used in the earliest leaks: Knight, or Speedy.

The HTC Evo Shift runs on Sprint’s WiMAX network which counts as 4G now, I guess. The screen is just a bit smaller than the original Evo (3.6 inches), we think it has an 800 MHz processor, and based on the black notification bar at the top, the Evo Shift runs Android 2.3 Gingerbread. We still can’t tell if there’s a front-facing camera on there or not, which would be something of a glaring omission if Sprint hopes to sell hi-speed wireless data with the prospect of video calling.

Little else is known about this thing, but if we only have to wait until CES to try it out, I think we can manage.