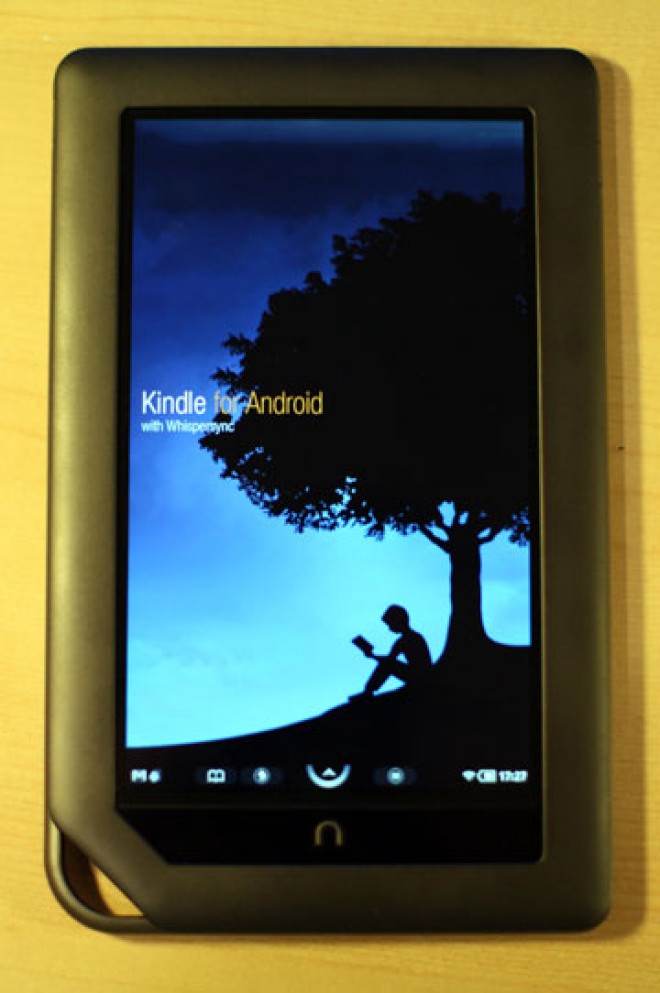 While the NOOKcolor may not be as popular as some other e-book readers out there, it’s sure the best/easiest to hack, thanks to its Android innards. We’ve seen quite a few things hacks for the NOOKcolor already, and this new hack isn’t exactly new, but it’s just plain funny.

What you’d basically be doing to get Kindle books on your NOOKcolor would be nothing more than enabling the Android Market, and then downloading the app. We’ve already seen the NC get the Market before, but why not slap your competition in the face while you’re at it? Hey, this makes the NOOKcolor more worth while in my book. It also helps Amazon spread their Kindle gospel to another device. In the end, it’s a win-win situation. You’ll also be able to read Kobo books if you have the Market installed, just in case three different book stores on one device isn’t enough for you.

The DIY to get Kindle on your NOOKcolor can be found at the source link below, and will help you enable the Android Market, as well as some other Google apps. Hacking the NOOKcolor looks just plain dangerous, but many have been seeing a lot of success in hacking this Android tablet that masquerades as an e-book reader. The process is rather tricky, and we’d suggest reading through all the instructions before you jump in. You may be fine completing the first 5 steps, but get completely lost at the next, so read carefully, or you could very well kill your NC if you don’t know what you’re doing.

So if you’re willing to hack the crap out of your Android tablet e book reader, hit up the link below, but be aware of the issues you could run into. Hell, it may be worth it to some to possibly kill their device and get the Android Market on it than keep it as is.

When the Apple iPad was first introduced, many publishers thought this would be the next step or potential savior for...