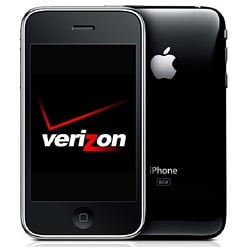 We’re at the peak of a roller coaster of Verizon iPhone rumors, and if the collective anonymous sources are correct, we’re not too far away from seeing it launch. This time, BusinessWeek is reporting that the CDMA-equipped Apple smartphone will be launching some time between mid January and early February.

What’s the likelihood that we’ll actually see one in that time frame, if at all? Personally, I think it’s slim, but according to BusinessWeek’s anonymous source, Apple will be holding an event some time between CES and presumably Mobile World Congress to announce the Verizon iPhone:

Apple (AAPL) will likely host one of its splashy product introductions to announce a new version of the iPhone that works on Verizon’s (VZ) network. Customers are expected to stampede to the new pairing, leaving AT&T (T), until now the exclusive U.S. distributor of the iPhone, with an enormous problem.

I can’t say I’d make the jump from AT&T to Verizon if the larger carrier picks up the iPhone. While many would happily switch, especially users in San Francisco, I get great service and data speeds – up to 5Mbps down in parts of Brooklyn – and it’s been pretty reliable so far.

Over the summer, AT&T started assuring its investors and customers that it didn’t need the iPhone to do well. The carrier reminded investors that it has a diverse portfolio of good smartphones and that many iPhone users were on family plans, and that migrating would be too much of a hassle.

Given the fever pitch of rumors and AT&T’s constant reminders that it can survive without the Apple smartphone points to an impending loss of exclusivity. However, many remain skeptical until Steve Jobs announces it himself. After years of rumors and assertions by analysts and journalists, it’s easy to see why many remain jaded. But there was talk of a limited exclusivity deal with AT&T from the start, and we’re going into the fourth year soon, so we’ll see soon enough.