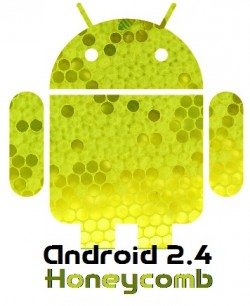 With the rumors that Honeycomb will be Android 2.4 instead of 3.0, there’s even more evidence to confirm this now. While this can be, and has been faked, it’s beginning to look a whole new shade of real.

With their Honeycomb tablet expected to debut at CES 2011, we’re wondering if Motorola will just be showing off the hardware or not. The new OS version is expected to be announced the following month, so it’s possible Motorola could show off the Android Honeycomb OS . Nonetheless, Android 2.4 has been pinging sites for some time now, but we have no idea if these visits are by the real deal, or someone who has edited the file on their device to say otherwise.

Android 2.4 began hitting up some sites’ server logs, but along with those pings were Android 3.0 visits as well. Faked? We’re not too sure, but the evidence that Honeycomb will be 2.4 seems to get stronger by the day. What we’re wondering is if Honeycomb is indeed Android 2.4 with it’s all-new UI, what would deserve the Android 3.0 name? Is Google already working on Ice Cream to floor us after the release of Honeycomb? Who the hell knows?

Hopefully we’ll be seeing more than just the hardware of Motorola’s tablet during CES. Since Gingerbread isn’t as impressive as it was thought to be, even though it’s still a nice update, people may be clamoring for something a bit better, and that will be Honeycomb. We’re already starting to see pieces of Honeycomb beginning to trickle down the pipeline, so to speak, and hopefully this means we’ll see the official announcement at CES.

As possible as it would be to fake these visits, we imagine that a good chunk of them are the real deal. Whether the device being used is the Motorola Xoom, or a completely different device we’ve never seen before, Honeycomb is closer than ever. Google can give it whatever version number it wants, we just want it on our devices pronto.

Since at least June, Android handsets have been randomly misdelivering SMS text messages to other contacts, and Google still hasn't...