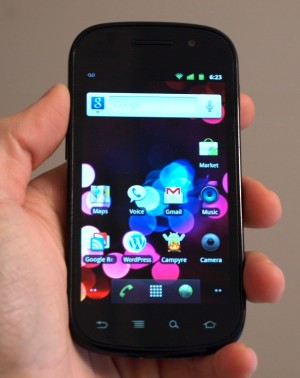 It’s been a huge year for Android, and one of its most anticipated versions, 2.3 Gingerbread, has finally been released in the Google Nexus S. The most die-hard Android fans have been waiting and clamoring for the latest software, but it seems that carriers aren’t too keen on picking up the device right away. Why?

According to Korea Times:

According to sources, the problem is that Google is insisting on its distinctive software applications, making it difficult for the carriers to launch locally-customized telecom services.

It’s true that the Nexus S is a very pure version of Android, and that it is the premier device for Google applications. The integration of the search giant’s apps are probably slightly better than most other devices, and unlike other Android devices, the Nexus S is free or custom interfaces and pre-loaded crapware and bloatware from carriers. It’s the latter that carriers like SK Telekom and Korea Telekom are concerned with. Without the ability to load up the software that these carriers want on their phones, it’s not an enticing deal.

Clearly the Nexus S doesn’t carry the same weight as the iPhone since there hasn’t been an issue with carriers refusing the device for software reasons (except for when Verizon allegedly had to learn this the hard way after initially turning down the original iPhone).

“The Nexus S won’t make a huge impact enough to break the current iPhone stronghold,’’ said one SK official, adding it’s been difficult to upload SK’s well-known software services such as T-Map onto the device.

I think it’s pretty obvious that the Nexus S isn’t going to chip away at the iPhone’s “stronghold,” but it’s a downer for those who might have wanted it and are unable to because carrier’s can’t load it up with their crapware. At the very least, there’s always the unlocked version.