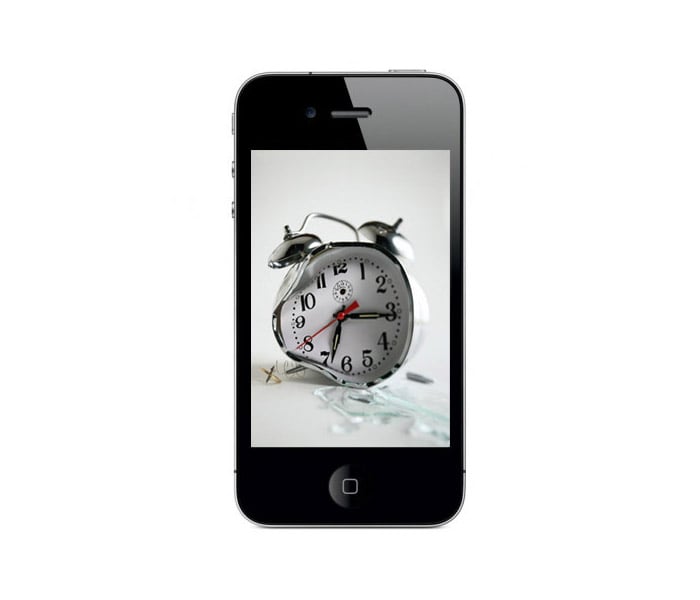 As folks ring in the New Year across the globe, reports are surfacing of a troubling alarm clock bug affecting iPhones. According to a growing number of tweets, iPhone alarms that are set for New Year’s Day are failing to go off as scheduled. For the merry reveler with nothing to do on a Saturday, a late alarm may be a welcome relief, but for those who have to work bright and early, a delayed iPhone alarm may be the difference between getting to work late or getting there on time.

Different from the Daylight Savings alarm clock bug, this latest iPhone bug reportedly does not affect recurring alarms so a temporary solution is to create a new alarm and choose multiple days for it to go off. You can also use a Calendar event or a third-party iPhone app to trigger an alarm event on your handset. Apple has not responded to this reported issue so folks are on their own to apply this temporary fix. Thankfully, this bug may be short-lived as some testing performed by 9to5 Mac suggests the iPhone will auto-fix itself on the 3rd of January. Until that time, keep a close watch on your iPhone alarms, especially if you rely on those alarms as your only means for waking up.

[Update]
Turns out, Apple is aware of the problem. Apple confirmed to Macworld today that they are “aware of an issue related to non repeating alarms set for January 1 or 2,” and that “Customers can set recurring alarms for those dates and all alarms will work properly beginning January 3.”
[Via 9to5 Mac and Engadget]

Welp, it's that time of year again, folks. We've had a great 2010, filled with all sorts of amazing superphones,...