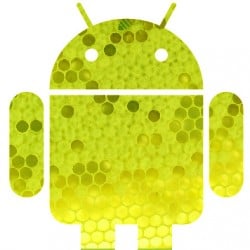 While we know that the upcoming Android Gingerbread won’t have minimum hardware requirements, it may be a different story for Honeycomb, Google’s tablet-optimized version of Android.

With rumors that the NVIDIA Tegra 2 dual core CPU will be the design reference for Honeycomb, it may end up actually being a requirement. There’s also rumors that the next version of the OS may even require a display with a resolution of 1,280 x 720, but we’ll believe it when we see it.

If these requirements end up being true, then most tablets on the market today will not be receiving the most anticipated update for their device. Of course, hard requirements or not, Honeycomb will likely come to lower-end tablets thanks to custom ROMs and mods.

Bobby Cha, managing director of Korean consumer electronics firm Enspert, confirmed the CPU requirement for Honeycomb, and also said that it won’t require a 10-inch display, and that Honeycomb can run on a 7 inch screen as well. Cha also confirmed that Motorola would be the first tablet to ship with the upcoming Android version, which is exactly what we’ve been expecting in the first place.

With these requirements in place, then your new Galaxy Tab won’t be getting the update. Samsung is having enough trouble getting Froyo onto their Galaxy S phones, so the lack of Honeycomb on the Tab may ruffle quite a few feathers. Who knows, though, maybe these requirements aren’t as hard as they seem, and we’ll only know until Honeycomb is officially released.

While we have no reason to doubt Mr. Cha, we’d rather wait to hear it out of the horse’s mouth before anyone gets riled up.

Nonetheless, if Honeycomb has such requirements, Android will be split even further in its “fragmentation“, which can be frustrating both to the user and the handset maker. We’re really hoping we will hear more about these requirements in due time, but for now we’ll just drool at the upcoming Motorola tablet.

Shameless Google is getting ready to battle against Apple in yet another arena: Newspapers and Magazines. While it may make...