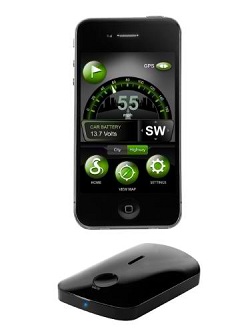 We’ve talked about the Cobra system before and how the combination of apps and radar detector can help you avoid speed traps but the company will be adding location-based crowdsourcing to make it more effective.

The Cobra iPhone app will be updated in Spring to include the ability to crowdsource the maps. Why would you want this? Well, the company said that this update would essentially turn your single radar detector into a whole network of radar detectors with real-time information from other users.

With the new Cobra iPhone app, users will be able to submit traffic data on the fly. It’s not just about outwitting the cops either, as users could warn others about dangerous road conditions, malfunctioning street signs and more.

“The upcoming release brings a social media-like user community aspect to the iRadar by combining a powerful database of known driving hazards with the reach and real-time intelligence of our community of iRadar users,” Sally Washlow, senior vice president of marketing and sales for Cobra Electronics, in a prepared statement. “Ultimately, our goal is to deliver driving peace-of-mind and protection to our customers through the industry’s most advanced in-car smart detection platform.”

Once again, we’re seeing mobile technology seep into the car experience. OnStar will be making a big push with its apps, Ford is hard at work getting these mobile programs to play nice with your car and mobile processors like the Tegra 2 are winding up in cars like the new Tesla.

The app will also be hitting Android in March and the radar-detection system costs $169 and the companion apps are free.

We’ll have a video for you shortly demonstrating some of the advantages of the Cobra iPhone app, as the company is demonstrating here at CES 2011. You can find all of our coverage of the tech world’s Super Bowl at our CES 2011 section.

OnStar wants to make sure it puts its stamp on CES 2011, as the company made a series of announcements....