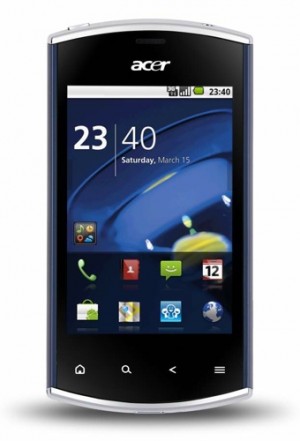 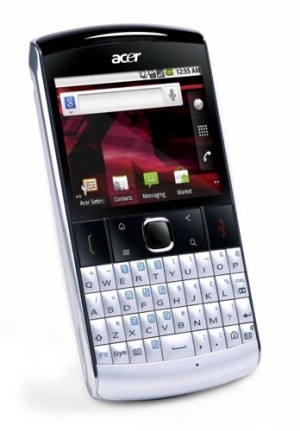 As if we didn’t have enough new Android phones at CES 2011… On top of a tablet, Acer has announced two lower-end handsets, both running Android 2.2.

The first is the Liquid Mini, which is significantly tinier than the original Liquid, runs on a 600 MHz processor with 512 MB of RAM, includes a 5 megapixel camera, and a 3.2-inch 240 x 320 display. It comes with DLNA compatibility, so you can stream media to or from your home media center wirelessly over the local Wi-Fi network. The slightly more businessy BeTouch E210 is also entry-level, with a 2.6-inch screen, 3.2 megapixel camera, and a physical QWERTY keyboard. It reminds me a lot of the Motorola Droid Pro in that it’s got that buttoned-down BlackBerry look to it, only cramming Android into the form factor. Both Acer phones have all of the usual stuff like Wi-Fi, Bluetooth, GPS, and 3G. The Acer BeTouch E210 will land in the UK unlocked come March, and the Liquid Mini in April, though no mention of price.

Not a bad selection at all, considering the bulk of the handsets being announced in Vegas this week have either been tablets or or high-end (read: expensive) smartphones. The show’s not over yet though! We’ve still got a whole pile of new wireless products to chew through, so stick around to hear about ’em.

comScore: There are now more people using Android than the iPhone in America

It's difficult to believe that Apple, with only one device, has owned such a large chunk of American smartphone market...