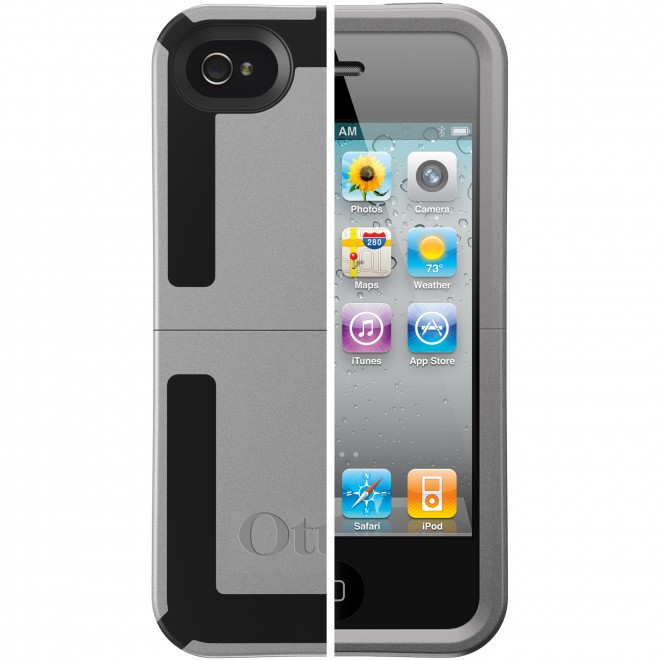 At CES 2011, OtterBox has launched a new series of cases for the iPhone 4 and BlackBerry Curve 3G 9300 (or either 8500 model) to join their Commuter, Impact, and Defender lineups. The new Reflex Series includes within it an elastic TPE rubber cushion at every corner which actually lets your phone bounce when it hits a hard surface, according to designer Adam Wibby. Both cases separate easily at the middle for docking access, or other tasks like replacing the battery. The idea of a collapsible buffer was inspired by a car’s crumple zone; just like it, the OtterBox Reflex series folds in on impact, except unlike a car, it bounces back into shape afterward – enabling it to bounce (though I wouldn’t start hucking my phone at the ground to see how high I could get it).

In my experience, OtterBox cases have been fantastic, and strike a great balance between offering a broad range of protection and looking stylish. The Reflex series in particular seems like it’ll be a good evolution on the Impact series, I just hope they get around to making one for the BlackBerry Torch at some point. Someday, I’d love to see these guys make a case with an extended battery built in, or, should I dare to dream, a Powermat receiver for wireless charing.

The Reflex cases aren’t in stock yet, but will be going for $44.95 when they are; a little steep for my tastes, but that’s the price for top-of-the-line. For more info on the Reflex Series phone cases, hit up their landing page, or check out the spiffy stop-motion video they cooked up below.

Motorola is really trying to impress us with its 4G offerings, as it followed up the introduction of the cool...