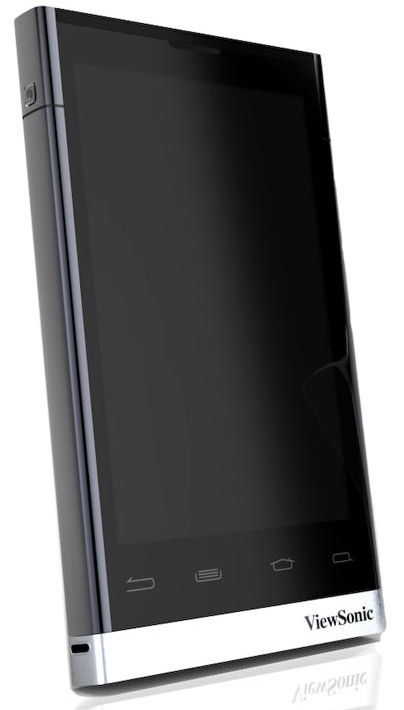 ViewSonic, a brand many of us remember from the golden days of CRT monitors when you could pick up a 22 inch tube that weighed as much as your girlfriend for about the same price as an unlocked unsubsidized iPhone, is looking to get into the smartphone game. Why wouldn’t they? Everyone and there mother seem to be jumping head first into the product category thanks to the now nonexistent barrier to entry provided by Google and Qualcomm. Google supplies the software, along with a plethora of services that most internet users already know and love, and Qualcomm supplies the guts, giving you an application processor, graphics processor, modem that handles voice and data, and let’s not forget the chips that give you WiFi, GPS, and Bluetooth. It’s the 90s all over again when there were more brands of personal computers than there were people living in South Dakota.

Anyway, the ViewPad4: it’s got a 4.1 inch screen, 5 megapixel camera, 1 GHz processor made by you know who, all the radios you expect a smartphone of this caliber to have, and it even sports an HDMI output. On top of this generic piece of of metal and plastic you’ve got Android 2.2 with an untold number of customizations. It may be stock, it may not be, but we can’t tell you whether or not you should buy this device because ViewSonic conveniently failed to mention both a price point and launch date. Many of the toys announced at CES seem to be afflicted by the same vagueness from product manufacturers.

Look, I’m not saying that companies shouldn’t try and bring something new to the table. If everyone wants to make an Android smartphone, so be it. But at least do something to make it stand out. Admittedly the ViewPad does look rather nice, but in America that’s not going to matter if it isn’t offered by an operator.