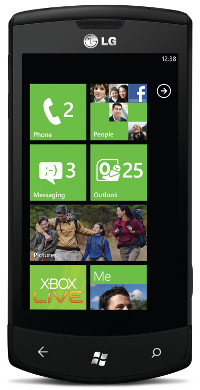 Some quick pricing news on the LG Optimus 7 for my Canadian mobile friends. Coming to us direct from TELUS, it looks like the carrier has dropped the price of the Windows Phone 7 powered LG Optimus 7 to $49.99 on a 3-year contract. Other contract and pricing options remain unchanged, at $399.99 on a 2-year, $449.99 on a 1-year, and no term for $499.99. You’d think TELUS wants you to sign a juicy new 3-year deal on the LG Optimus 7 by looking at these contract prices, now wouldn’t you? 😛

For all the details, pop on over to TELUS.

A great price on what looks to be a solid device for sure, but if you’re of the belief that Windows Phone 7 needs some bugs ironed out before you’d even consider a switch… I can’t blame you. Earlier today we noted that WP7 appears to be consuming more, much more 3G data than expected. I suppose all we can hope (for Windows fans and Microsoft’s sake) is that Redmond get their collective butts in gear to smooth out any wrinkles before Android, BlackBerry 6 and iOS pass them by for good.

Something seems to be seriously wrong with Windows Phone 7 and I'm not talking about the fierce competition it faces...