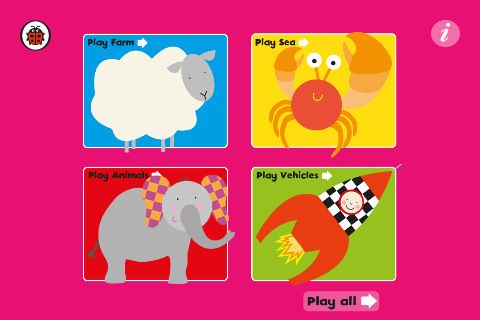 Penguin Digital has launched the “Baby Touch Peekaboo App” in the UK [iTunes link] for Apple’s iPad and they say that it’s targeted at children as young as 3 months old and as old as 12 months. It’s going to cost parents £1.79, but I’ve got to ask: isn’t this all a bit too much? Parenting has changed dramatically over the past two decades thanks to introduction of consumer electronics in the home. Even I suffered the fate of being raised in front of a television, but luckily for me it was during the golden era of prime time television versus the garbage that’s on air today. Anyway, I digress, this iPad book works under the same same “just give the kid a toy and they’ll shut up” principle of bad parenting that’s making children year after year just a little bit dumber. You’ve seen the type of kids I’m talking about. Heads buried in their screen, tapping away furiously. Take away their little play toy and watch what happens; they go ape shit.

Anna Rafferty, managing director of Penguin Digital, said: “We are not aware of any other apps designed specifically for babies. The Baby Touch series of books has been extremely popular since its launch in 2005 and we thought it was a good story to turn into an app … We have designed the app in such a way that it helps develop a baby’s eye tracking skills, hearing ability and motor and touch skills.”

You know what else helps a baby’s eyes, ears, and motor abilities? Dad taking his son out for a game of catch. Mom showing her daughter how to brush the hair of her dolls. Both mom and dad showing their child how to eat, scurry across the living room floor, and enjoy the music that mommy and daddy listen to.

If you can't get enough of Angry Birds we suggest downloading the brand new Angry Birds Free from the AppStore....