So, you may have heard that the Verizon iPhone 4 will be coming out in a few weeks. Ardent Apple fans are probably already waiting in line but will this even be the best device Big Red has over the next few months? Let’s take a look at some of Verizon’s best smartphones coming out.

Verizon iPhone 4: It’s here, it’s clear, get used to it 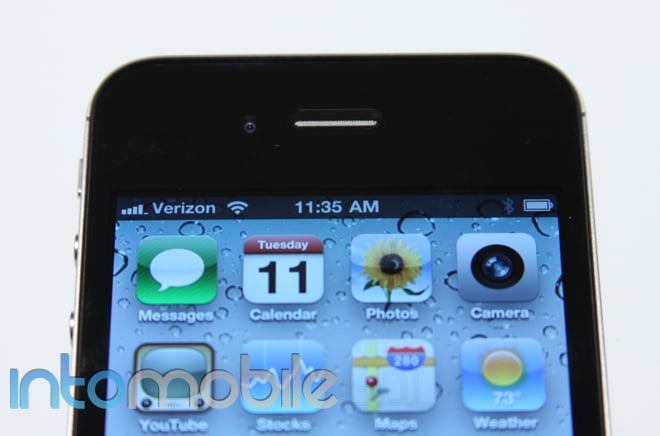 For all the guff Apple may get, there’s a reason why the iPhone is as popular as it is. The Verizon iPhone 4 will provide a stellar users experience for most users, has an ecosystem full of apps, music and videos and Big Red’s network should provide solid voice and data coverage across the country.

For those not familiar with the Verizon iPhone 4 should know that it will have a custom A4 processor, a 5-megapixel camera with 720p HD video, a front-facing camera for FaceTime video chats, up to 32 GB of storage and it will one-up the AT&T version by having a mobile hotspot option to create a WiFi network for up to five other devices.

We saw a bunch of devices at CES 2011 which have higher specs than the Verizon iPhone 4 but specs aren’t everything. The IntoMobile team has found that the 5-megapixel camera on the iPhone 4 routinely outperforms other devices with higher megapixel counts.

I still think that the iPhone’s notification system is childish and very intrusive but if you buy the Verizon iPhone, you can expect a really good experience for a while. But, will it be the best? 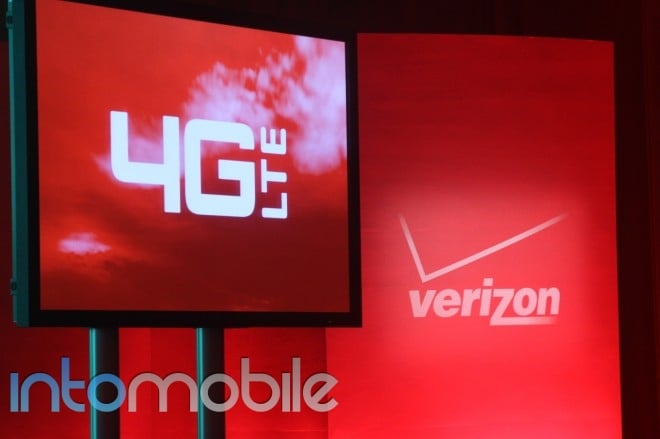 At CES 2011, we saw Verizon introduce a slew of next-generation devices that include multiple cores and access to its 4G LTE network. The latter part could be a major advantage over the Verizon iPhone 4, which is a 3G-only device. 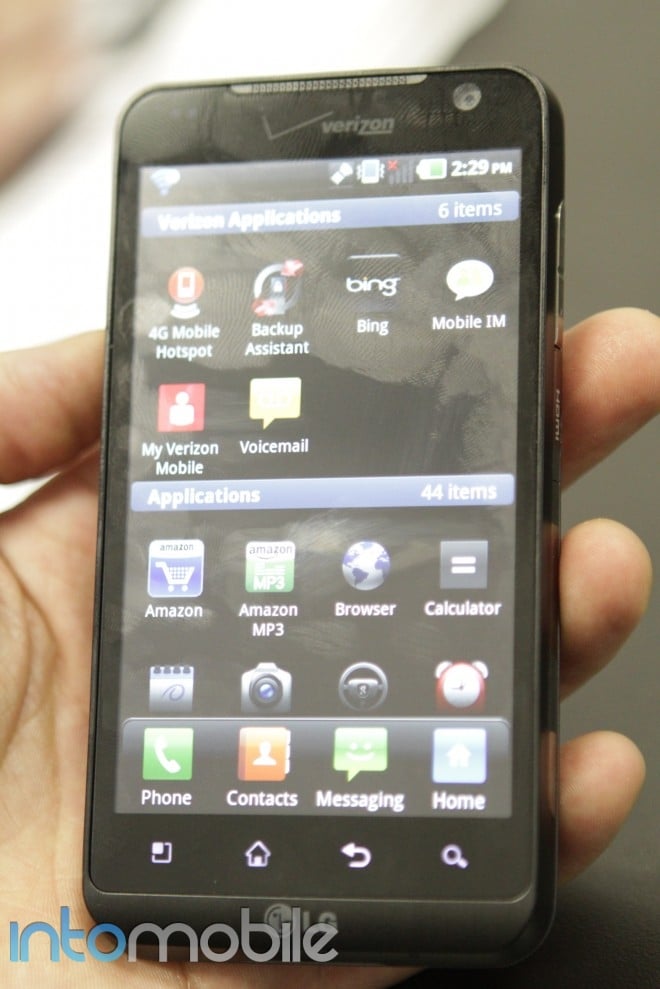 The LG Revolution will run Android 2.2, have a 5-megapixel camera, front-facing camera for video chatting, WiFi, Bluetooth, GPS, DLNA and 4G LTE support. The company hasn’t confirmed what processor this is but it could very well be the Tegra 2 processor, which enables some hardcore graphics and 1080p HD recording. Another cool thing is that it features the Qi wireless charging technology, so you’ll be able to charge it on special power mats without having to plug it in.

Unfortunately, the LG Revolution is a bit chunky and it’s not as sleek of a design as the Verizon iPhone 4. Check out our hands-on time with the device below. 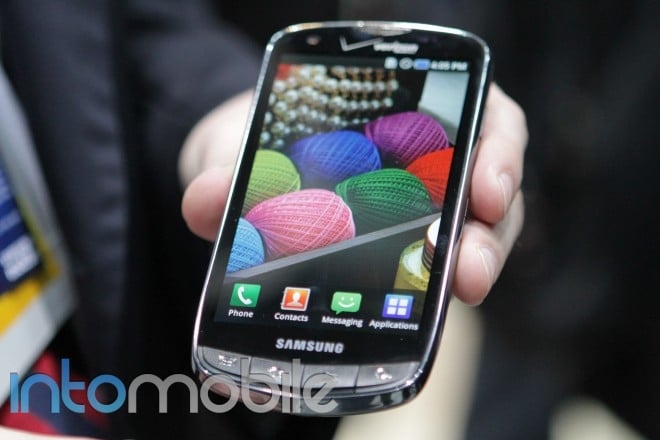 The Samsung Verizon 4G LTE smartphone may match the Verizon iPhone 4 in terms of screen quality, as this Android 2.2 smartphone packs a massive 4.3-inch Super AMOLED Plus display. This type of screen increases the number of sub-pixels by 50 percent from those found on the Galaxy S phones.

The Samsung Verizon 4G LTE smartphone will pack a 1.2 GHz Hummingbird processor, 8-megapixel camera, front-facing camera, next-generation mobile data and all the other goodies you’d expect from a device of this class. This looks like one of the top smartphones of the year so far but we’re not in love with the plastic material of the device. 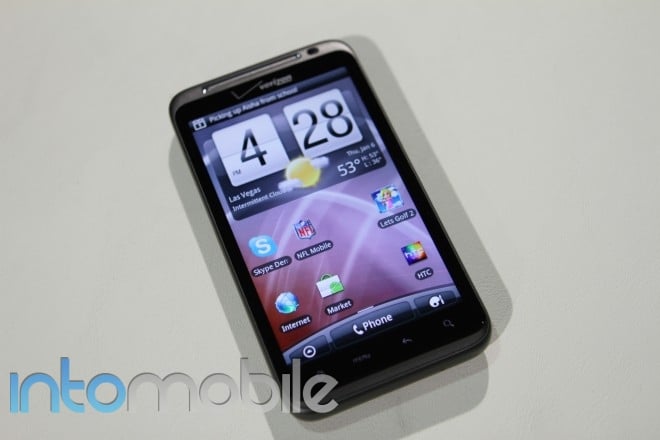 The HTC Thunderbolt brings the company’s Sense UI to the carrier’s 4G LTE network. With a 4.3-inch screen, 1 GHz processor, 8-megapixel camera, WiFi, Skype calls via 4G, and Android 2.2, this should be a nice handset for anyone not wanting a full physical keyboard.

The only downside we’re seeing is that this is essentially just an HTC Desire with 4G LTE. While that’s not super bad, it’s not the latest and greatest. 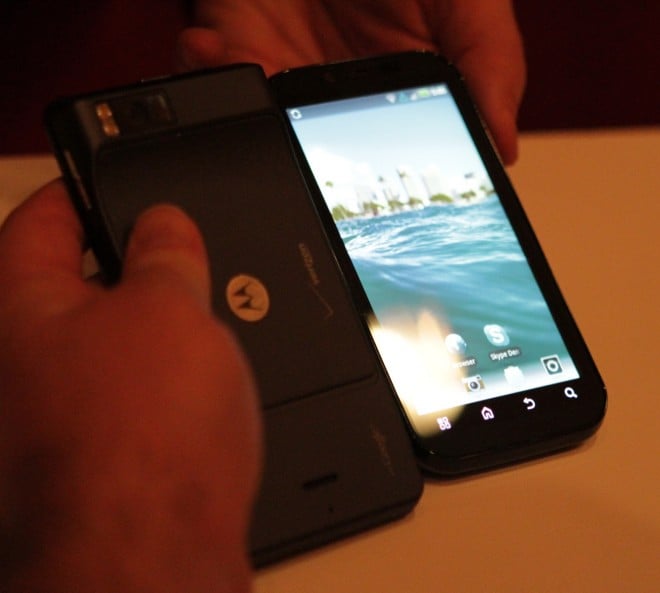 The Droid Bionic may be the biggest reason to hold off on buying the Verizon iPhone 4 in February because this dual-core phone should be a beast. The dual-core processor can get up to 2 GHz and it should make this Android device a very quick and easy to use and look for a 4.3-inch qHD display which isn’t too far behind the Retina Display.

Along with the super fast LTE support, the Droid Bionic also has an 8-megapixel camera, full 1080p support, front-facing camera, a “mirror mode” for simultaneous streaming of video to a TV and on the device, WiFi, GPS, and more. Check out the video of this exciting device.

After years, yes, years of anticipation, Verizon has finally announced the iPhone 4, landing on your doorstep February 10 for...