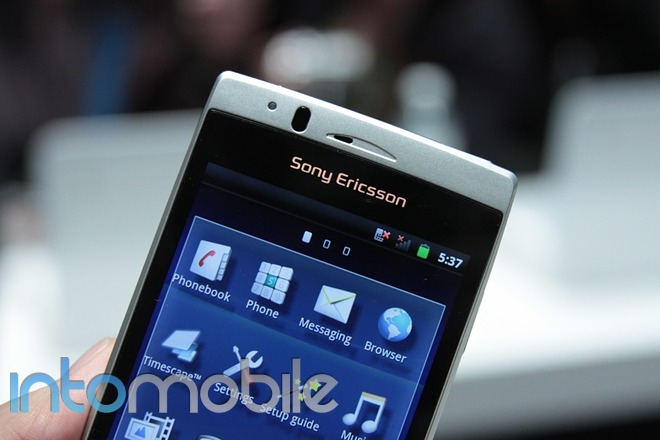 Sony Ericsson used to be one of my favorite mobile phone manufacturers. They used to be unique and fresh and had killer cameras on their devices. Then the iPhone came out, and shortly after a barrage of sexy Android devices were released, too. Suddenly, Sony Ericsson didn’t seem so hot and the direction the company was taking became unclear.

In November 2009, Sony Ericsson announced the Xperia X10. It would feature Android, a 1GHz processor, 8-megapixel camera and its new UX interface and a large capacitive touchscreen. Suddenly it seemed like SE was onto something, but then the Droid invasion hit. The Xperia X10 wasn’t released until the following summer in the U.S., and by then no one really cared. The hot devices were the HTC EVO 4G, iPhone 4 and Droid Incredible.

“It’s important to remember that 2010 was the first year for mass market Android handsets. Yes there had been one or two things out from HTC previously, but when we started to design our 2010 handsets in 2008, nobody really knew the dynamics of the Android smartphone market or even what the smartphone market was going to be”, explains [Acting Global SE head Steve] Walker in respect of a range that hasn’t been too well received over the last 12 months.

Therein lies the problem. SE was incapable of predicting what other manufacturers seem to have nailed. Motorola and HTC had tremendous success in late 2009 and early 2010. Samsung had a great latter half of 2010 with its Galaxy S smarpthone series. Android really helped these companies’ global expansion–so what happened to SE?

While 2010 was a lackluster year for Sony Ericsson, it promises that 2011 will be even better. Indeed, we caught a brief glimpse of what was to come at CES and came away relatively impressed. The company was one of the few that featured Android 2.3 Gingerbread on a new device, the Xperia arc, and it will be released during Q1 this year. No more long hold times for hardware.

For more on the interview with Walker, see the link below.

CES 2011 was Motorola's time to shine, and they did just that by announcing the Motorola Atrix 4G as one...