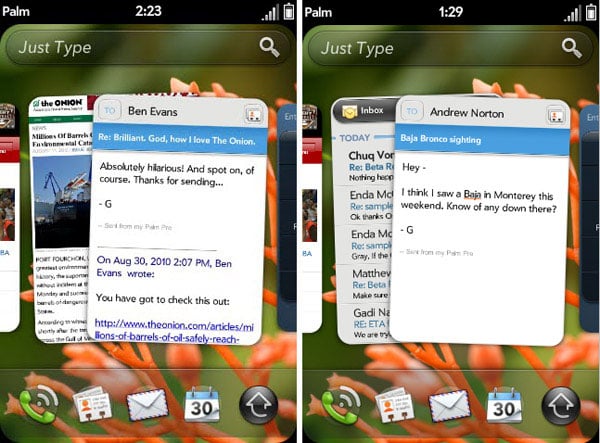 Todd Bradley, the executive vice president for Hewlett-Packard’s Personal Systems Group, sat down with CNBC for a CES interview last week. During this interview, Bradley confirmed that webOS will be HP’s tablet solution and singled out the mobile operating system as the strategic reason that HP bought Palm last summer. HP has scheduled a press event for February 9th and pimped its upcoming announcements by saying,

“So we’ve announced February 9th we have a broad public set of announcements, broadly about the future of webOS and the breadth of products that it’ll enable.”

Bradley stopped short of identifying the products targeted in this announcement, but current rumors suggest that Palm has several smartphones and at least one tablet device under development.

HP is also looking a webOS as an operating system for a variety of devices. Not just relegated to smartphones only, HP plans to integrate webOS into “smartphones to tablets to PCs to potentially other large screen devices.” This does not necessarily mean HP will build a webOS desktop. Bradley’s comments may refer to webOS and Synergy as the connected core that ties all these devices together.

With its latest press event, HP is introducing its new webOS product lineup in an Apple-esque manner. The American company decided to hold a dedicated press event, skipping CES and its glut of tablet devices. Talking about this decision to bypass CES, Bradley has this to say,

“We think the opportunity is so huge we chose to do it ourselves in San Francisco where people can really focus on the quality of the product, quality of the experience that we created.”

Interestingly enough, Bradley has some former ties to Palm, the newly acquired company that he now oversees. Before joining HP in 2005, Bradley was the CEO at PalmOne from 2001 to 2005. PalmOne was the hardware arm of Palm and Bradley headed the company when it was transitioning from a PDA manufacturer to a smartphone manufacturer. He was integral in the Palm’s acquisition of Handspring which brought along with it the popular Treo lineup of handsets.

The almost eight minute long interview is located below.