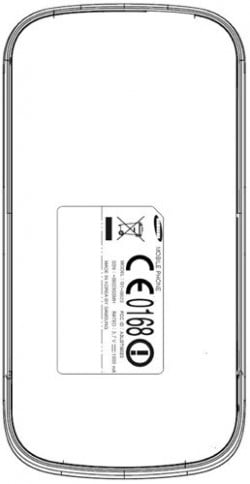 Oh Samsung, what are you doing now? With none of the Galaxy S variants in the US updated to Android 2.2 Froyo OS just yet, we’re seeing another Android device popping up at the FCC. This time around, the model number is the GT-i9023, and from the looks of it, it’s very similar to the Nexus S. Could this be another version of the Nexus S in a different color, and maybe a 4G HSPA+ radio thrown in?

Changing the color of a device wouldn’t necessarily mean that it would have to go through FCC certification again, so if this really is a Nexus S variant, we’re expecting to see at least something a little more interesting. We have our bets on a radio that can utilize T-Mobile’s HSPA+ 4G network, as the original Nexus S should have shipped with it in the first place. Could this possibly be the Vibrant 4G that we just recently spied? We’re not sure, but the outline of the device is very similar to the Nexus S, and too rounded to be the Vibrant. Whatever this device is, it may be announced at the upcoming Mobile World Congress.

Don’t get me wrong, I appreciate Samsung’s devices, but they are all becoming one big blur at this point. The Galaxy S variants are great phones that differ only slightly when it comes to hardware, some more dramatically than others, but you’re still working with the same un-updated Android phone. You can also say this about HTC, as most Sense phones are similar, but they keep it interesting with the various designs on their hardware.

Still, it does seem a bit strange that Samsung would release the Nexus S and Vibrant as a 3G device, only to release a 4G variant so soon afterwards. That could leave some pretty unhappy customers for Samsung.

So, will you be buying this device if it’s nothing more than a Nexus S or Vibrant with a 4G radio and another color scheme?