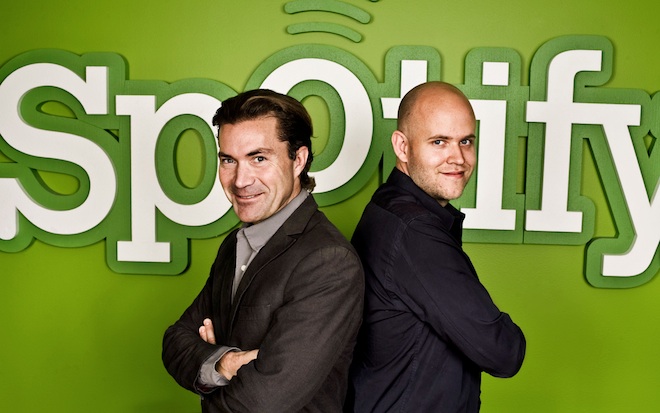 Ever been in a situation where you notice that an absolutely brilliant song is playing over the loudspeakers at whatever establishment you may be in, and you’ve said to yourself “damn, I wish I knew what that song was!” Shazam was one of the first applications to help make answering that question just a little bit easier. Open up their app, point your device at a speaker, hit the “tag” button, and a small recording takes place that’s then sent to a server where said recording is processed, resulting in the artist, song name, album art, and more, to be magically displayed right on your screen. After your song has been identified Shazam gives you a number of options as to what you can do with this newfound information. Should you Google the song? Buy it on iTunes? Find the music video on YouTube? Well as of today there’s a new option, to play the song via one of Europe’s most popular streaming music services: Spotify.

Now there are some catches of course. To enable this you need Spotify Premium, which runs about 10 Euros per month. Trust me when I say that those 10 Euros are the best investment you’ll ever make. Next you need the premium version of Shazam, which has a different price depending on which country you’re in and if you’re buying the iPhone or Android version. Note that other platforms do not get this “play in Spotify” feature, just iOS and Android. Free Shazam users will get this new feature “soon”, whatever that means, but we wouldn’t wait. Just shell out some cash and upgrade today!

Here’s a feature request for the Shazam folks: integrate support for MOG, which I’m hearing from numerous American friends is just about the best music service currently available on the other side of the pond.

NHL GameCenter Apps On Sale (Now Available on the iPad Too!)

Hockey Fans, this evening I have some news for you direct from the NHL. Not so long ago I learned...