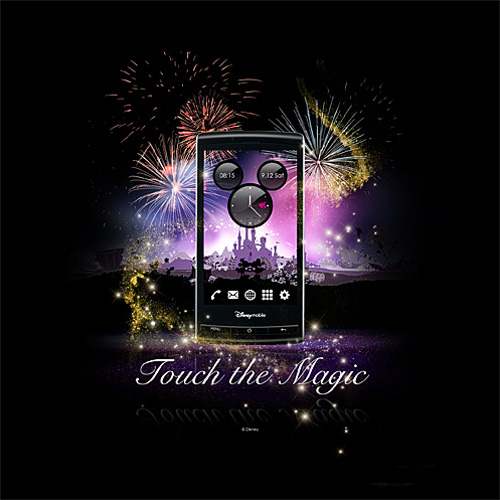 For a brief time as a child, I was all about Disney culture. Having been born and raised in Los Angeles, trips to the Happiest Place on Earth were frequent and never boring. Seeing the marriage between Disney and Android, being a smartphone fanatic these days, elicits a strange and nostalgic longing for the days of my careless youth.

Disney is rebranding the Sharp Galapagos 003SH we saw a few months ago – the sweet no-glasses-required 3D display smartphone – which features a 3.8-inch display, a 1GHz processor and a 9.6 megapixel camera. Not too shabby for a themed device! In addition to the decent hardware, users will get their very own Disney e-mail addresses along with access to exclusive content. And for those who love phone customization, it will support six custom cases that are designed to resemble Disney characters.

It almost seems like the phone was designed for children, but the Android 2.2 Froyo powered device should hardly be a slouch as an actual smartphone. The device should be going on sale some time next month, but it’s doubtful it will ever be introduced in the U.S. with all the Disney branding.

One might think it’s strange that Disney might be putting out an Android phone given Steve Jobs’ position on its board of directors, but this seems more of a novelty to me rather than some competitive move. It’s good for Android, sure, but I’m guessing it’s just a drop in the bucket.

Well, it looks like the much-rumored PlayStation Phone is definitely coming soon, as we've seen multiple leaks of the device...