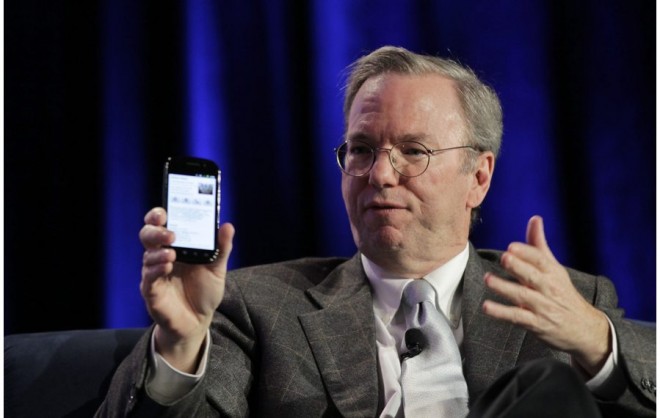 If you had any doubt that Google views mobile as its future, then you should check out the essay Google CEO Eric Schmidt wrote for the Harvard Business Review. The search giant’s CEO reiterates the company’s commitment to mobile and points to 4G LTE, mobile money and cheaper handsets as key to Android’s success.

Android powered the first 4G handset in the United States, as the EVO 4G but that used Sprint’s WiMax network. Eric Schmidt specifically talks about 4G LTE and says these speeds will “user in new and creative applications, mostly entertainment and social, for these phone platforms.”

The proclamation comes as we’re on the path of a 4G future in the United States, where LTE is going to be the dominant standard. While Sprint appears to be steadfastly behind WiMax, Verizon, AT&T and T-Mobile have all committed to LTE for its 4G networks.

Eric Schmidt also talks about the importance of mobile money, which is another sign that Google may be building its own mobile payment system. This could eventually be a huge market – we tend to think of this as a convenience for developed markets but it could have an even larger impact in less developed ones.

Phones, as we know, are used as banks in many poorer parts of the world — and modern technology means that their use as financial tools can go much further than that.

The third point Eric Schmidt thinks the company needs to focus on in the mobile space is getting “inexpensive smartphones” (read: Android smartphones) to the poor people of the world. He says this will change global awareness and improve education and it will also give Google a new audience to put ads in front of.

Don’t forget, Android, iPhone and others smartphones are already generating $1 billion a year for Google and that’s only expected to increase as more people get smartphones.

Is this the HTC Desire 2?

We've seen the Desire get its HD sequel and we were pretty impressed, but it looks like HTC just isn't...