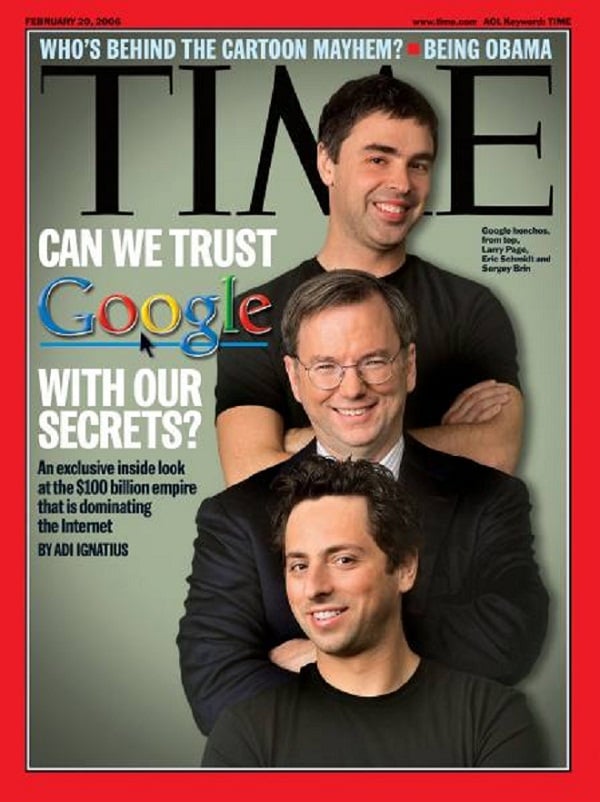 It looks like there will be a major shakeup at Google, as Eric Schmidt will no longer be the CEO and co-founder Larry Page will take over the day-to-day operations starting April 4.

Eric Schmidt will not be leaving the company, as he will now be the Executive Chairman and focus on partnerships, tech thought leadership and more. Sergey Brin, Google’s other co-founder, will work on “strategic projects,” as Page becomes the CEO.

“Eric has clearly done an outstanding job leading Google for the last decade. The results speak for themselves. There is no other CEO in the world that could have kept such headstrong founders so deeply involved and still run the business so brilliantly,” Page said in a prepared statement. “Eric is a tremendous leader and I have learned innumerable lessons from him. His advice and efforts will be invaluable to me as I start in this new role. Google still has such incredible opportunity — we are only at the beginning and I can’t wait to get started.”

What will this move mean to Android? It’s far too soon to tell and it’s actually a bit strange considering that Schmidt, for all his wacky statements, has been captain of one of the world’s most profitable companies. Some have suggested that Larry Page was a far larger proponent of the Android operating system than Schmidt, though.

While the money keeps piling in, there has been reported friction between Schmidt, Page and Brin. Eric Schmidt has said that he didn’t want to build Chrome, for instance.

Regardless of who’s in control of Google, you can expect the search giant to continue to push Android with all of its might.

This is the second major executive shakeup we’ve seen in the mobile world in the last week, as Apple CEO Steve Jobs just took another medical leave.

Is that just a cute little jab or signs of something more serious? You decide.

If you had any doubt that Google views mobile as its future, then you should check out the essay Google...