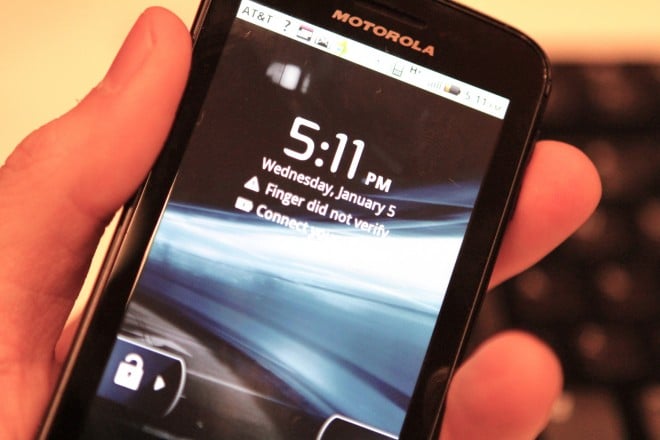 The Motorola Atrix 4G passe the FCC and there aren’t many surprises, as it will have WiFi, 850/1900 MHz 3G and it rocks HSPA+ support.

The Motorola Atrix 4G is going to be quite a powerful Android phone, as it will rock a dual-core Tegra 2 processor that can get up to 2 GHz. There will also be a 4.3-inch qHD display, 1 GB of RAM and a fingerprint scanner for security.

One of the interesting things about this upcoming Android superphones is that it will be coming with a laptop dock that’s just a shell for the phone’s processing power. This dock has an 11-inch screen, full QWERTY keyboard and it will come with the Web Top software that will enable users to use a full version of Mozilla Firefox for web browsing and you’ll still have access to the Android apps on your phone.

This will just be the latest Android-powered monster that will be hitting AT&T’s 4G network, as the carrier is looking for some stellar handsets now that it’s no longer the exclusive provider of the Apple iPhone. The Samsung Infuse 4G and the HTC Inspire 4G should hit the streets soon and both should be excellent devices.

If you’re still counting down the days until this Android superphone can be yours, I can’t help you with an exact release date. Passing the FCC generally means it’s close to being released but it could also be a month or so out.

To hold you over, check out this hands-on footage we got of the Motorola Atrix 4G and the laptop dock at CES 2011.

The Sony Ericsson Xperia Arc will be getting a little brother, which may show its face at Mobile World Congress...