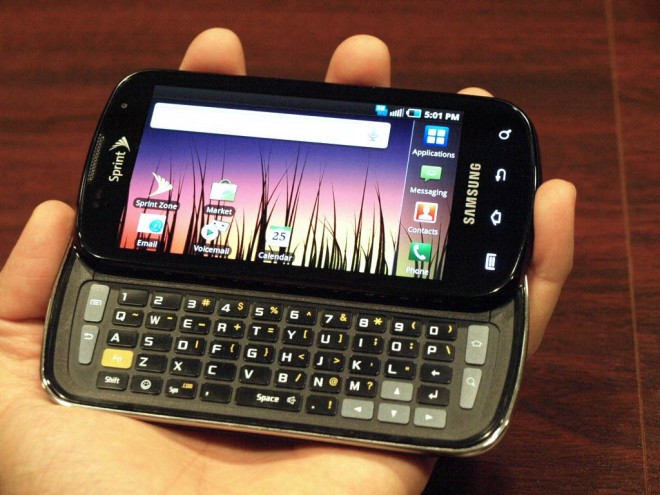 Not to be outdone by T-Mobile and Samsung, Sprint is promising that the Android 2.2 Froyo update is coming soon to the Epic 4G but it declined to be specific about a date.

“Sprint & Samsung are working to release Froyo for Epic ASAP, but only after it meets rigorous testing criteria to ensure quality experience,” the carrier tweeted.

“Epic 4G users: Froyo is still in the works. We’re working closely with @SamsungMobileUS to ensure the best possible customer experience,” read another.

Earlier today, T-Mobile said that the long-awaited Android 2.2 Froyo update will be coming tomorrow, which should end a long-running beef customers have had. The Galaxy S lineup is pretty darn good but it rocks 2.1 Eclair, which is a full two versions behind the latest and greatest little, green robot.

The flames were further stoked when a rumor suggested the delay in updates was due to Samsung demanding payments from carriers, although the world’s second-largest handset maker denied that. This has even led to a class-action lawsuit.

The update delays undoubtedly also have to do with the fact that the Galaxy S lineup runs a customized user interface on top of the little, green robot. The TouchWiz UI is pretty darn good, in my opinion, but not good enough where it should make users stay multiple generations behind the latest software.

As for the Sprint Epic 4G, we’re still big fans of the device. From our review:

The Epic 4G may not be the prettiest of the Galaxy S bunch, nor is it the sexiest Android phone available today, but it sure does pack a punch. If you can get past the niggling build-quality issues and the sometimes unresponsive navigation buttons we mentioned above (and really, we expect most people won’t think twice about a slightly jiggly display), the Epic 4G is one helluva device.