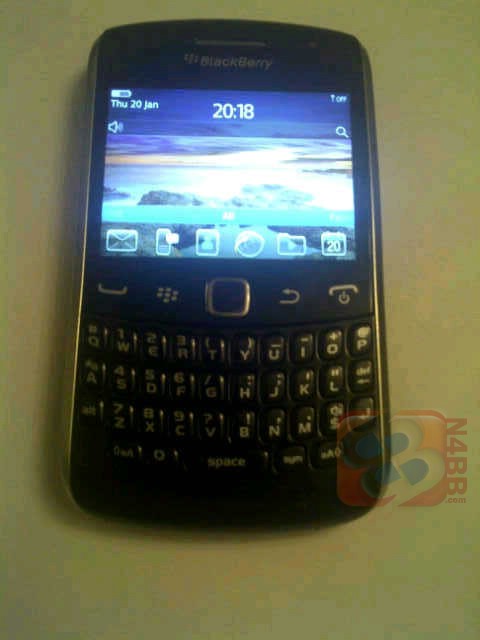 We had seen some crisp renders of RIM next BlackBerry Curve last week, but in case you thought that was just some misleading marketing voodoo, here’s the real device, up and running. No final model number yet, but it’s apparently going by R010 for now, and packing the code name Sedona. A little odd, since the first leak came with the name Apollo, but that’s probably just a GSM/CDMA difference.

As you can see, it’s at least running OS 6, and should launch with 6.1 complete with augmented reality support. There’s also apparently going to be a new notification system, so you get a flashing icon at the top of the screen to let you know if something else is happening in another app.  Physically, the BlackBerry Sedona is really slim, and necessitated a new battery to keep its profile. The earlier Apollo leak said this had an HVGA display, but the source of this picture says the Sedona has the highest resolution screen on a BlackBerry to date. That’s curious, because we though that claim was going to the next Storm. There might be more than just a GSM/CDMA difference between the two…

Presuming the Sedona and the Apollo are otherwise more or less the same, you can count on 7.2 Mbps 3G, Wi-Fi b/g/n, GPS, NFC (for contactless payments and the like), 512 MB of RAM, 800 MHz processor, and a 5 megapixel camera with flash.

The real clincher for the Apollo and Sedona will be price; for a long time, the Curve series has been relegated to discount status, which isn’t an entirely foolish strategy. The 8500-series was very popular, since it provided all of the core BlackBerry functions with a very reasonable pricetag. It’ll be interesting to see how it’s placed versus the Bold and Torch series, since they’ll all be in RIM’s upper-end.

Wind Mobile up in Canada has had the BlackBerry Bold 9700 since launch last year, and today, as expected, they're...