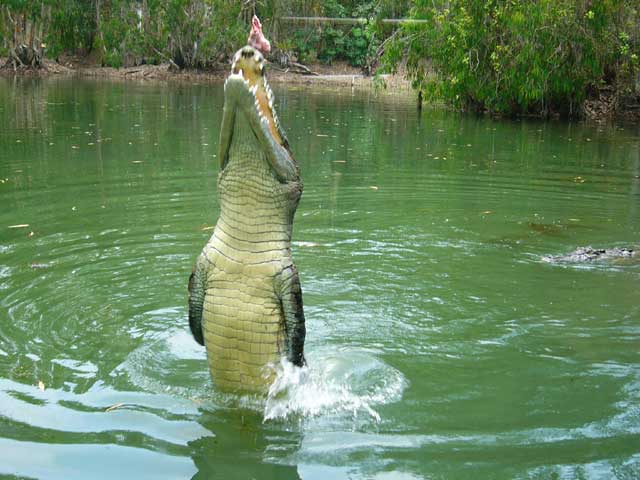 Say what you will about Nokia and its inability to catch up with the Apple and Google, the company knows how to pump out a phone that can take a pounding and still work. Don’t believe me? Well, a Nokia phone was eaten by a Ukrainian crocodile and it still rang inside its stomach.

The 14-year-old crocodile Gena snatched the Nokia phone from a tourist’s hands as it was trying to take a dramatic picture of the creature. The would-be Ansel Adams of the crocodile world dropped the Nokia phone in the water and Gena quickly swallowed the delicious cellular device.

Workers didn’t believe the person but then they called the Nokia phone and it rang inside the crocodile’s tummy. While it’s a funny little tale, it appears that Nokia doesn’t make the best entrees, as Gena isn’t eating food, not playing with other crocodiles and is generally listless.

According to the Associated Press:

Dnipropetrovsk chief veterinarian Oleksandr Shushlenko said the crocodile will be taken for an X-ray next week if he continues to refuse food. Surgically removing the phone would be a last resort, he said, since incisions and stitches usually take at least three weeks to heal in reptiles and the procedure is dangerous for the animal and the vets.

“Everything will depend on where the foreign body is located,” Shushlenko said. “We don’t have much experience working with such large animals.”

God, we’re quickly changing to IntoAnimals, as this is the second animal story I’ve written in the last few days. Yesterday, we learned that Verizon 3G will help live stream the birth of a bear.

I'm a big fan of the Samsung Galaxy Tab but some users aren't satisfied with the power of the device...