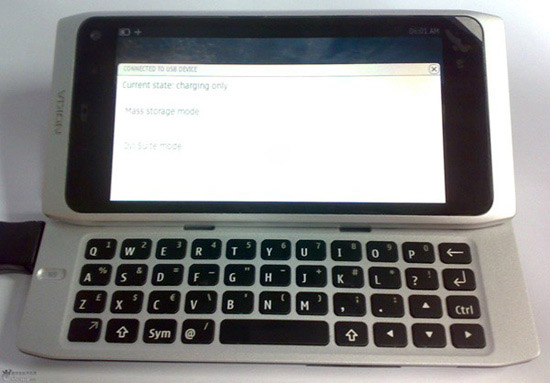 The rumor on the street is that Nokia will finally launch a seriously specced smartphone at the Mobile World Congress in Barcelona. It’s the N9 which is said to come with Intel-made 1.2GHz processor. From what I’ve understood, we could be talking about their Moorestown platform which is basically a smartphone system on a chip (SoC) with Atom core at its heart.

Moreover, the MeeGo powered device may also sport a 12-megapixel camera a la N8. Somehow that’s expected considering the N9 will be the Finnish company’s flagship smartphone for 2011.

Finally, LTE is also mentioned as an option, though not confirmed at the moment. The way I see it, having both an LTE and non-LTE version of the N9 makes perfect sense to get as many users as possible.

I don’t ask too much from the N9. All I want is E7-like device (with that awesome keyboard), a slightly faster CPU (MeeGo isn’t as optimized as Symbian) and a 4-inch WVGA display. That doesn’t sound too much, right?

In-Stat: People use tablets for email, PIM and multimedia consumption

If you wondered why you need a tablet, In-Stat thinks they have an answer. According to their research, most folks...