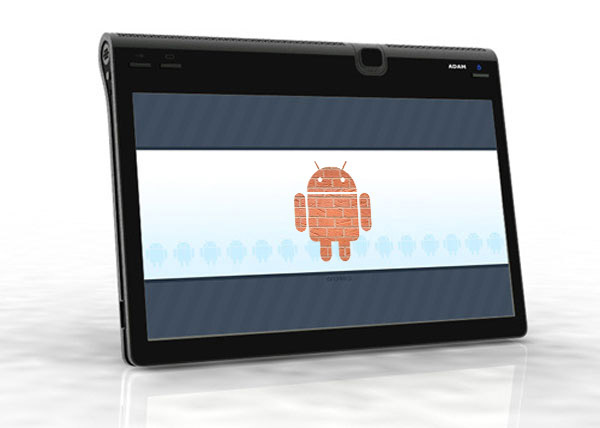 For those of you who waited oh so patiently to give Notion Ink your money for their Adam tablet, only to have the first OTA update brick the device, it’s your lucky day. Notion Ink may have blocked the update from being sent to more users to curtail the bricking issue, but there are undoubtedly legions of Adam fans stuck with a bricked device. For those of you that fall in this category, good news! Notion Ink has a fix that should unbrick your Adam.

The root of the Notion Ink “brick” update was that the OTA was not being fully downloaded, but still managed to initiate the install process. Unfortunately, when users tried to install the incomplete update file, all hell broke loose.

Luckily, there’s a way to restore the Adam to its factory settings, and make your tablet A-OK. While it’s great that there’s a fix for this issue, this is certainly not the foot Notion Ink wanted to put forward when releasing the tablet that’s been delayed for over a year at this point.

This fix will only work on a Windows or Linux PC, and there’re a couple of hoops you need to jump through to get everything up and running. But, it should prove to be easy enough, if you follow the instructions carefully. There are four different links for the four different Adam versions, (LCD + WiFi, LCD+ WiFi & 3G, Pixel Qi + WiFi, Pixel Qi + WiFi & 3G) so make sure you choose the correct file.

To make matters worse, whilst you’re trying to unbrick your Adam, G-tablet users are having fun with Eden already.

If you’re one of the unfortunate souls that had their Adam bricked, hit up this link (or the via link below) to get to fixing it!

Sony Ericsson will be making a big push for social networking on its Android smartphones, as the handset maker said...