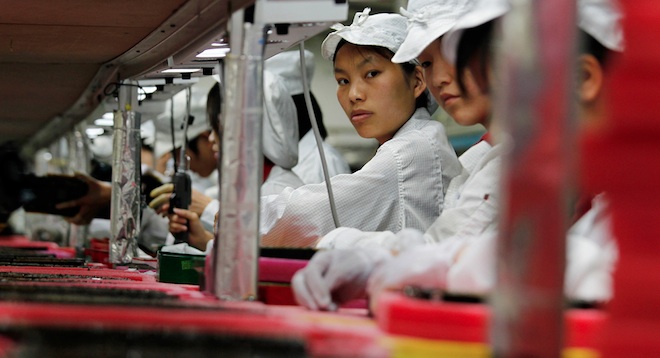 This may or may not surprise you, but Apple doesn’t build their own hardware. No sir, they rely on cheap Asian labor for that, and rumors according to Digitimes say that Pegatron, who traditionally makes notebookes, has been tapped to produce between 10 and 12 million CDMA iPhones, and at least 10 million units of the upcoming iPhone 5. This is fairly significant if true since it would mean an end to Apple’s reliance on Foxconn, the firm who has been the sole manufacturer of the iconic iPhone. Why would Apple do such a thing? They could be planning to sell more iPhones in 2011 than anyone is currently predicting. They could also be trying to start a price war between Foxconn and Pegatron in order to get a better deal. There could be multiple reasons for this decision, and we’ll probably never find them out anyway.

What Pegatron is doing to prepare for Apple’s order is impressive. Pegatron Chairman TH Tung has decided to slash the company’s holiday break and they’ll also triple its employees’ salaries during said holidays, all to make Steve Jobs one happy client. Back to the Digitimes report, Apple electing to go with another factory for what’s supposed to be the same product, albeit with a different cellular radio, is rather telling. The insides of the Verizon iPhone must be radically different and instead of retooling the Foxconn factory to make two different models, hiring an outsider is both easier and faster to ensure a steady supply of products.

The iPhone 5 is supposed to dump the current Infineon cellular radio for one made by Qualcomm that can do either GSM or CDMA. That would mean easier manufacturing and less inventory management. The iPhone 5 unveiling, due to happen during the summer like it has been for the past 3 years, can’t come soon enough.

Yesterday we brought you news of NVIDIA's upcoming Tegra 2 3D, which is nothing more than the Tegra 2 we...