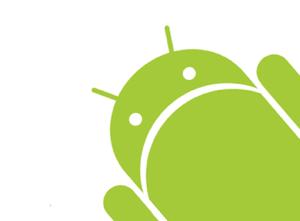 Despite solid handset sales, and a wide selection in the Android Market, Google’s Eric Chu said in a recent interview that they’re still “not happy” with app sales. He outlined that carrier billing, in-app purchases, and third-party stores are all a part of their mission to improve the situation.

As is, Android supports AT&T and T-Mobile carrier billing, so you don’t have to go through Google Checkout to buy apps, but instead have it added to your regular monthly wireless bill. In-app purchases are a pretty big deal, especially for free apps that devs would like to extend, but make a buck from. As for the competition, RIM’s still working on implementing in-app purchasing in the next version of BlackBerry App World, leaving Apple as having over a year-long head start start with the feature. Of course, third-party storefronts isn’t exactly something Apple will be supporting any time soon; with Amazon gearing up to launch their own Android app store, devs may have a new revenue stream available to them soon.

From what I’ve gathered from one of my developer friends, the biggest problem with Android is app piracy. If sales aren’t any good on Android because free cracked versions are readily available, devs dependent on that income won’t bother porting iPhone apps over. Of course, that’s a non-issue for anyone adopting an ad-supported free or freemium model, which is probably fine for most end-users since they’ll have a bunch of free apps available on the widest range of smartphones.

We did say Virgin Mobile will offer its own version of the LG Optimus One. Obviously their device is called...