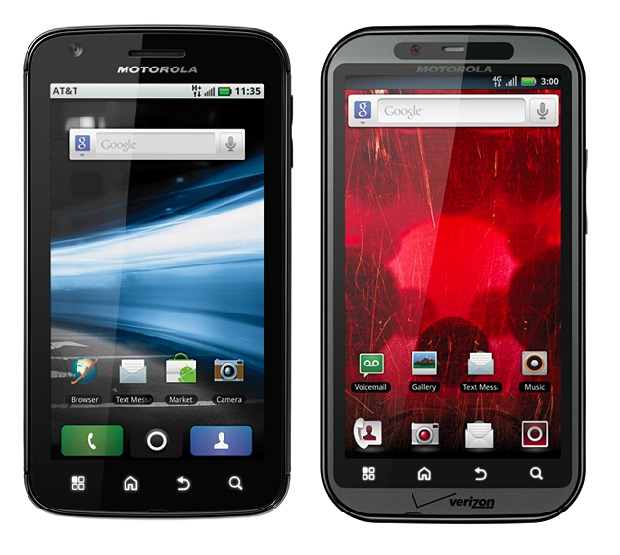 Uh oh. The Motorola Atrix 4G and Droid Bionic are two of the most highly-anticipated devices of the year but a new rumor is cropping up which suggests the devices may be suffering from power management issues and this could delay the launch.

According to a user on Howard Forum:

The problem has to do with the PMU and causes a variety of issues including severe overheating even while at idle, power fluctuations affecting RF performance and cold boot issues.

This is definitely unverified and we’ve reached out to Motorola for comment and haven’t received anything yet. We’ll update this post as soon as we hear something.

If this is true, it would be quite a blow for the now-independent Motorola, which is counting on the Atrix 4G and Droid Bionic to lift it in 2011.

Let’s hope these rumors aren’t true because both of these devices look like they will be fighting for best smartphone of the year. The Atrix 4G will rock a dual-core Tegra 2 processor, 1 GB of RAM, will sport a large touchscreen display, have all the connectivity features you’d want and it will even come with a laptop dock which will give you a full keyboard, 11-inch screen and a full Mozilla Firefox browser. As AT&T loses exclusivity of the Apple iPhone, this phone could receive a major push from the second-largest U.S. carrier.

The Droid Bionic was going to be my next personal smartphone, as I though this Android device had it all: dual-core processor, large touchscreen and access to the Verizon 4G LTE network.

Some might say the relatively new Tegra 2 processor migh be to blame for the Motorola Atrix 4G and Droid Bionic power issues, but this chip is also powering the Optimus 2X and that appears to be fine. In fact, we have one of those LG superphones coming in the mail, so we’ll be able to fully report on the power management in a few short hours (hopefully).

[Update]
We reached out to Motorola and received confirmation that the Droid Bionic and Atrix 4G won’t be affected by overheating issues. Motorola’s launch schedules won’t be affected. So, if you were having second thoughts about each device based on these rumors, this statement from Motorola ought to quash them:

[we] can confirm that there is no overheating issue and we plan to launch these products as scheduled.

Some old rumours about RIM's first tablet running Android are cropping up again. The BlackBerry PlayBook will definitely be getting...