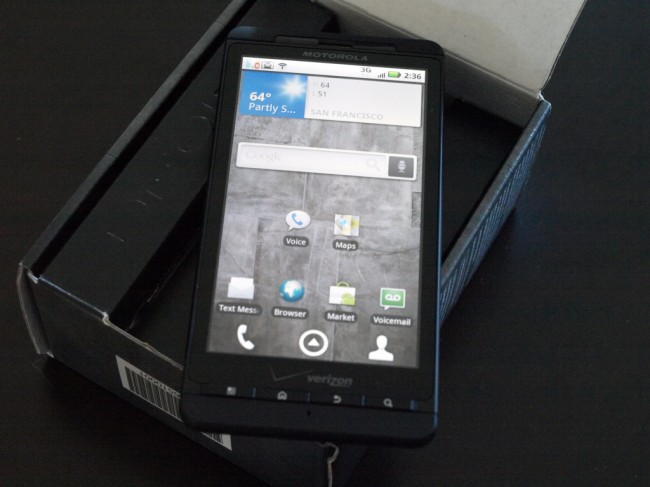 While Motorola is already set to have a bunch of cool tablets and smartphones, the company is not done with 2011. A new leak suggests the Motorola Droid X2 will land later this year with a dual-core processor and a higher-resolution screen.

The Motorola Droid X2 is currently being code-named Daytona and it should physically remain the same as the original with a 4.3-inch display. Look for that screen to get a bump up to 540 x 960 resolution. That would be nice because the large screen was good to use but I would have preferred a little bit of a resolution bump.

The report also says that the Motorola Droid X2 Daytona will rock a dual-core Tegra 2 processor, which is found in devices like the Optimus 2X. This super powerful chip can enable cool features like 1080p HD video recording and playback, as well as enhanced graphics and faster launching of apps.

Unfortunately, the report also says that the Motorola Droid X2 Daytona is rocking Android 2.2 at the moment but that could just be an early version. We don’t expect this to hit until the summer time, so that should be more than enough time for Moto to port Android 2.3 Gingerbread.

The Motorola Droid X2 Daytona is also expected to land on Verizon Wireless this summer but there’s no word on if it will be compatible with the network’s 4G LTE network. The carrier and Moto are making a big push for this but the 4G LTE modules might add a bit too much bulk to the handset.

So, it looks like we have another awesome Android handset to look forward to in 2011. It should be a crowded field too, as Motorola’s Atrix 4G and Droid Bionic already look pretty good and we haven’t even mentioned the goodies coming from LG and Samsung. One thing is for sure: it’s going to be a great year for smartphones.

A very thin rumor suggests that the oft-rumored Facebook phone is real and that it will be unveiled by HTC...