Samsung, looking to escape the flood of press releases that are set to be published during Mobile World Congress (MWC) next month, has announced four new Android devices today. We don’t know what version of Android they run, we don’t even know how big they are, how much they weigh, and most importantly how much they cost, but we do have photos and quotes from marketing people. Sad, I know, but a genius move since Samsung can now use their MWC keynote to focus on one or two devices, and we already know that one of them is most likely going to be the sequel to the Galaxy S. With that out of the way, let’s show you the goods! 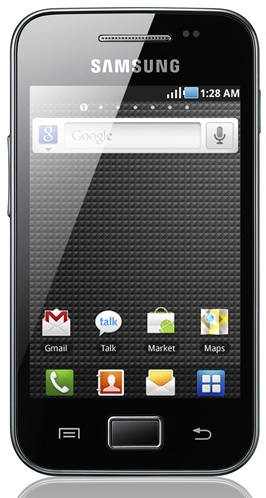 First up is the Galaxy Ace, which features a 3.5 inch HVGA (480 x 320 pixel) screen and packs an 800 MHz processor inside. It’s going to be available immediately in Russia for some odd reason, and then it’ll slowly trickle to other countries. That’s all we know about the Ace. Update: Here’s a hands on video of the Ace from UK operator Three. 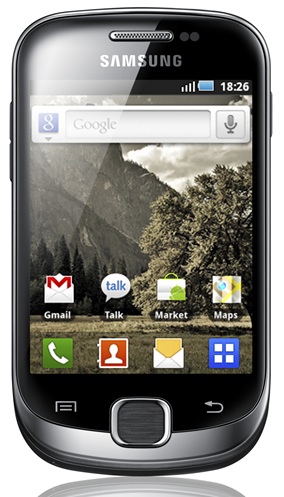 Next we’ve got the Fit. It has a 3.31 inch QVGA (320 x 240 pixel) display and a 5 megapixel camera. It has a 600 MHz processor and will come out in Russia next month, then start popping up in other countries. 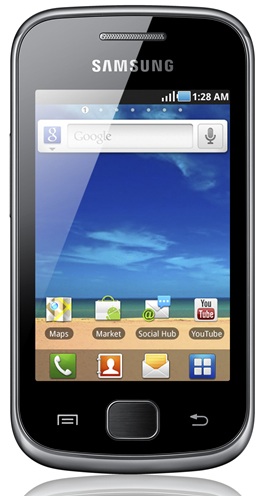 Third on our list is the Gio, and it packs a 3.2 inch HVGA (480 x 320 pixel) screen. Gio is Italien for “jewel”, and Samsung says it’s a reflection of “design perfection”. It too comes out in Russia first, then everywhere else later. 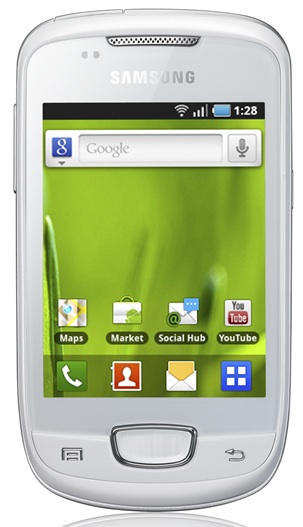 And finally we have the Mini, with a bite sized 3.14 inch QVGA (320 x 240 pixel) display and a 600 MHz processor inside. It’s available in Russia right this second, and will come to other regions at a later point in time.

Again, we really wish we could tell you more about these four devices, but the press release, which you can read for yourself here, is terribly light on details. The only other thing I can tell you about these smartphones is that they all have WiFi.

When the Google Nexus S was announced, the stand out feature was support for near field communication (NFC) technology. The...